1 Beat egg yolks, beat in sugar: In a large bowl, use a whisk or an electric mixer to beat egg yolks until they become somewhat lighter in color. Slowly add the sugar, beating after each addition. Beat at high speed or whisk until fluffy.

2 Heat milk with cinnamon and cloves: Combine the milk, cloves, and cinnamon in a thick-bottomed saucepan. Slowly heat on medium heat until the milk mixture is steamy hot, but not boiling.

3 Temper the eggs by slowly adding half of the hot milk mixture into the eggs, whisking constantly while you add the hot mixture. Pour the mixture back into the saucepan.

4 Cook until eggnog mixture thickens: Cook the eggnog on medium heat, stirring constantly with a wooden spoon, until the mixture begins to thicken slightly, and coats the back of the spoon. It helps to have a candy thermometer, but not necessary; if you have one, cook until the mixture reaches 160°F.

Do not allow the mixture to boil, or it will curdle. (If the mixture does curdle you may be able to save it by running it through a blender.)

5 Remove from heat and stir in the cream.

6 Strain and chill: Strain the mixture through a mesh strainer to remove the cloves and any curdled bits that may have formed. Let cool for one hour.

Note that because of the salmonella risk from raw eggs, it is recommended that children, elderly, and people with compromised immune systems refrain from eating raw eggs such as the optional whipped egg whites in this recipe, unless you use pasteurized eggs.

You can also reheat the combined eggnog and egg white mixture until it reaches 160°F, then remove from heat and let cool, then chill. The mixture will lose some of its fluffiness from the beaten egg whites, but not all, and the eggnog will be much airier than without the egg whites. 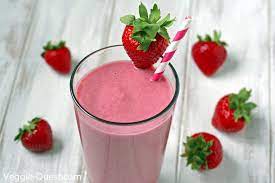