The Empire actor, who plays singer Jamal in the hit drama, was accused of orchestrating a racist and homophobic attack on himself, although all charges were dropped against him in March.

It’s been a turbulent few months for Jussie Smollett, who made headlines in January after he was accused of staging a horrifying hate crime.

After months of speculation, it now looks unlikely like Smollett’s character won’t be returning for the new season.

In a statement announcing the new season, representatives of Fox Entertainment and Twentieth Century Fox Television confirmed that whilst Smollett’s contract had been been extended, there are currently “no plans” for the actor to make a return to the show.

“By mutual agreement, the studio has negotiated an extension to Jussie Smollett’s option for season six, but at this time there are no plans for the character of Jamal to return to Empire,” the network commented. 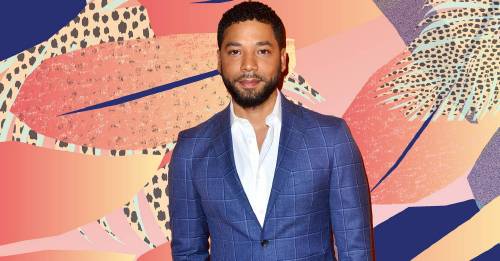 Elsewhere, a spokesperson for Smollett told Variety: “We’ve been told that Jussie will not be on Empire in the beginning of the season, but he appreciates they have extended his contract to keep Jamal’s future open. Most importantly, he is grateful to Fox and Empire leadership, cast, crew, and fans for their unwavering support.”

Police claim the attack was planned by the actor as a publicity stunt, but throughout the trial, Smollett has always maintained his innocence.

“I have been truthful and consistent on every level since day one,” Smollett said later in a statement. “I would not be my mother’s son if I was capable of one drop of what I’ve been accused of. This has been an incredibly difficult time.”

The actor’s troubles look set to continue for the time being, as last month, it emerged that the city of Chicago were suing Smollett in order to recover the costs of its investigation into the alleged attack.