Something I have seen a lot over social media recently, and something that I am often asked personally, is whether parents should introduce their children to feminism?

My answer is yes they absolutely should. Feminism is a fight for gender parity, equality and freedom from oppression, all of which are fundamentals to a peaceful and equal society.

Children are the generation of tomorrow. The generation to claim and reshape the destiny of women’s equality, taking on the fight in their own unique way.

I believe that it is vitally important for us as parents to enlighten our children of these values as they will go on to become the nucleus of the next generation. The principals we share today will form the key to tomorrow’s attitudes. We should teach our children to respect women and the core idea of gender equality – which ultimately and indirectly should see them grow to be a generation of feminists.

I thank god that more and more parents are adopting this approach and I believe that this, coupled with the emergence of the #MeToo movement, will see us come a long way to achieving equality. Over the past few years we have seen a meteoric rise in the coverage of gender issues in the media and much of this is to do with the #MeToo movement. 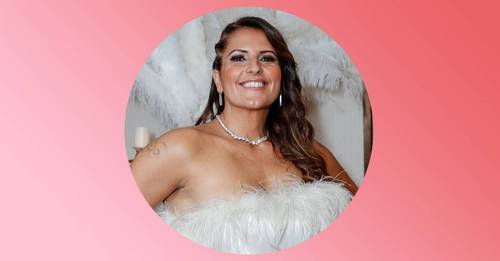 What started as allegations against one film mogul last year went on to spread overnight and become the biggest movement of a generation. Thousands of women ranging from A-List celebrities to ordinary members of the public shared their stories on social media, which gave strength to women all over the world. I hope that this can also empower the youth of today to feel free and safe, but in order to do so they must be taught the importance of the idea of feminism.

I have always taken the initiative to teach my children to take a stand for what is right and encouraged them to speak up for what they believe in. I ensure I treat both my son and daughter equally, whether it is giving pocket money, chores or allowing them to express their emotions. I do this so my children will grow up to respect the theory of equality.

Parents are role models for their children, how we act will have an effect on their behaviour. The generation of today are also highly active in protesting for equal rights. They are highly pragmatic about where they belong in the world, dedicated to providing a social platform for inequality and finding solutions to the problems around them. A survey conducted by Plan International UK revealed that twice as many young people consider themselves to be feminists versus their parents’ generation. The revolution!

The generation of today are growing up at a rapid speed and have more knowledge of what is going on around the world than ever before thanks to social media. Not only are they empowered by their parents and siblings but also by their favourite celebrities and online influencers who are spreading awareness about feminism, rights of oppressed people, indigenous people, LGBT community and more. Children of now are aware of the concept of privilege, know the importance of activism and have the drive to make a change in the world. They want to be part of that change and help make the world a better place.

It’s down to us to give them this platform to allow our little army of feminists to be the ones who crack the equality code for tomorrow’s generation.