We know red meat isn’t the best thing for your blood pressure, and fish or chicken would be a ‘leaner‘ option at a barbecue.

But a new Harvard study warns that they are all as bad as each other when grilled.

While the study could not prove a direct cause-and-effect, they said the link is strong enough to warn people to think twice about getting their meat well-done and grilled, and to consider rare, raw or boiled dishes more often.

The study, released months before cook-out season begins, found well-done meat triggers the release of chemicals that inflame the arteries and increase hypertension risk by 17 percent

To assess the link, researchers at the Harvard T.H. Chan School of Public Health assessed data on tens of thousands of medics from nationally-representative surveys.

First, they analyzed 32,925 in the Nurses’ Health Study, then 53,852 women in the follow-up to that study. Lastly, they assessed 17,104 men from the Health Professionals Follow-Up Study.

Each study recorded everything from diet to sleep to mood and daily habits.

At the start, none of the people in the various surveys had high blood pressure, diabetes, heart disease, or cancer.

However, by the 12-year follow-up, 37,123 people had developed hypertension.

Taking a closer look, the researchers spotted a clear link between higher hypertension risk and cooking method, rather than foods alone.

While most people involved in the survey reported eating at least two servings of red meat, chicken or fish per week, their risk varied depending on how those dishes were cooked.

Their risk was 17 percent higher if they ate grilled or roasted beef, chicken or fish more than 15 times a month, compared with those who indulged in grilled meals fewer than four times a month.

Those who prefer well-done meats had a 15 percent higher risk of hypertension compared to people who go for rarer plates.

This was the case regardless of how much meat they ate, or what the dish was.

This can lead to atherosclerosis, which paves the way to heart disease and the narrowing of arteries.

Dr Liu warns the findings are limited because the study omitted certain types of meats, including pork and lamb, and certain cooking methods like stewing and stir-frying, which are very popular.

There is the added caveat that all of the participants were healthcare professionals, and the vast majority were white, meaning the results may not be universally applicable.

‘Our findings suggest that it may help reduce the risk of high blood pressure if you don’t eat these foods cooked well done and avoid the use of open-flame and/or high-temperature cooking methods, including grilling and broiling,’ Dr Liu said. 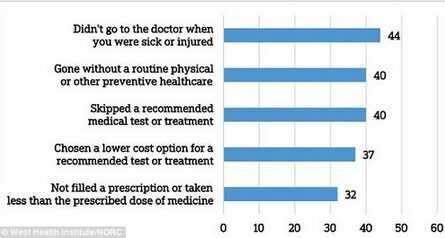