However, not always gray hair – a sign of the decline of life. In our time, gray hair can be found in the strands of young people and girls, whose appearance is quite blooming. How does gray hair appear, how to deal with it and whether it is necessary, learned the correspondent of SE.

Despite all sorts of research and a lot of versions, the process of graying hair is still a mystery. “The mechanism of graying to the end has not yet been studied,” says Elena Vlasova, dermatologist and cosmetologist at the Zdravica Medical Center. – This is especially true of rapid graying as a result of strong emotional upheavals. At present, the most acceptable explanations for hair loss are disturbances in melanin production due to the gradual loss of the ability to synthesize tyrosinase by melonocytes, as well as the accumulation of air bubbles in the hair. ”

The fact is that melanin cooperates with the protein that builds the hair, and thanks to this, the hair appears light-colored. And most often gray hair appears with the onset of aging of the body: over time it produces less and less melanocytes – pigment cells. For Europeans, the period of decline in production begins on average 35 years, for Asians – 30, for Africans – 40.

The fact that dark-haired graying before, only it seems – in blondes, gray hair is just less noticeable. Another version of the appearance of gray hair – the appearance of a large number of air bubbles in the bark of the hair, because of what the light does not reflect the full color of the hair. Early graying in Europeans is considered to be its appearance before the age of 20, but also between 20 and 30 silvery strands also look unusual.

If it is not completely clear what actually causes hair to lose pigment, then the reasons why this process can accelerate are more or less clarified. “Premature graying can have a genetic basis,” the doctor continues. – Autoimmune diseases are often accompanied by early gray hair. Sometimes it is the first sign of anemia and hyperfunction of the thyroid gland.

The cause of the appearance of a limited focus of gray hair is vitiligo – a chronic skin disease, the causes of which have not been adequately studied. But it is believed that a certain value in the development of the disease has a violation of the nervous and endocrine system, parasitic invasion. “

An important role in the prevention of gray hair is food. Abuse of alcohol and coffee, lack of a diet of fish and vegetables leads to inhibition of melanin production. Balanced nutrition, intake of vitamins B, B1, B2, B6 strengthens the general condition of the body and delays the spread of gray hair. “There are scientific assumptions that early gray hair will appear with a deficit in the body of copper,” says Anna Baranova, trichologist at the Leleya Beauty and Health Center. – You can carry out prophylaxis by eating copper-containing foods: mushrooms, nuts, cheese. ”

In addition, early graying is associated with impaired blood circulation, problems with the vessels of the brain. Preventing this disease can help prevent graying.

Few women are willing to accept gray hair and wear a silvery head of hair proudly. There is nothing wrong with this – hair can always be dyed, moreover – modern hair dyes are mainly designed for painting gray hair. Permanent paint usually paints the unpigmented hair completely, but some do not want to part with the natural color of hair, and someone is an opponent of ammonium paints, promising a 100% coverage of gray hair. However, both those and others to tolerate gray hair do not agree. Are there alternative ways of painting?

Unlike persistent paints, toning means do not paint over, but veil, soften the blending of gray hair. ” This option is quite suitable for young women who have a few strands of gray hair.
If the gray hair is very little, then there is an even softer: “Toning rinses are used as a shampoo: they are applied to damp hair, emulsified and washed off,” Alexei continues. “They take care of their hair and also 30% veil the gray hair.”

If suddenly a white hair flashed, you do not need to tear it away – it is believed that this will only provoke the surrounding hair to the graying. And do not get upset. In any case, you can always dye your hair in a new interesting color. 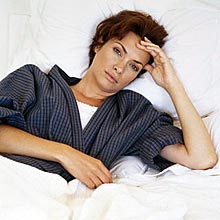 According to experts, a woman should not have unpleasant sensations before menstruation

Study finds you should eat all your meals before 3pm 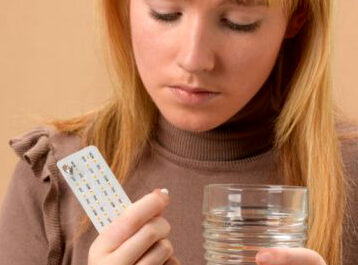