When you’re in your 20s and have a Pap test, you don’t think much will come of it. At least, that’s what Cammie Yang thought – and then she was diagnosed with cervical cancer.

Yang was 28 when she started having abnormal bleeding between periods and bleeding during sex. “That made me worry,” she tells Yahoo Lifestyle. So, she visited her ob-gyn, who did a pelvic exam and Pap test.

“When my doctor did the checkup, she said it didn’t look good, but she didn’t mention cancer,” Yang recalls. “She just said that I might need some treatment.” Her doctor was supposed to call with her test results in two weeks, but called a few days later and asked Yang to come into the office. “I didn’t know why they wanted to see me in person, but I was nervous,” she says. Once Yang got there, she was told she had cervical cancer, a cancer of the lowest part of the uterus.

“I didn’t know what was going to happen to me,” she says. “I was really healthy. I was like, ‘How did this happen?!’”

Yang had never been sick before and says she was “shocked” by her diagnosis. Her parents, who live in China, “freaked out” and came to the U.S. to be with her.

Cervical cancer doesn’t usually cause symptoms in the early stages.

After Yang was diagnosed, she was referred to Moffitt Cancer Center, where she was given further testing to try to figure out what stage her cancer was in. Staging is done to determine how much cancer is in the body, according to the American Cancer Society. There are five stages, with stage 0 being the least severe and stage 4 being the most severe. “At first, they told me it might be early stage, but when the test results came back, it was stage 2,” she says.

Yang underwent surgery known as an ovarian transposition, which moved her ovaries out of the way of the field of radiation treatments. The goal of the surgery is to lower the amount of radiation the ovaries are exposed to and preserve their function for the future.

After that, she underwent chemotherapy and radiation therapy, which lasted for three months. “I felt horrible,” she says. “I couldn’t eat very well, and I had constant nausea and fatigue.” Yang also had to take long-term leave from work. “I couldn’t work at the time because I felt so bad,” she says. “When I got home from the hospital after treatments, I just wanted to sleep.”

Before her diagnosis, she had never had general anesthesia. But once she started undergoing radiation therapy, she had to be put to sleep weekly so that doctors could put a device inside her body to deliver the therapy.

Although Yang says she felt like the cancer treatments “ruined my health” at the time, she now feels better. And, at 30, she’s cancer free. “I feel happy and relieved, but at the same time I’m still worried about it because the cancer can recur,” she says. “I don’t know when it will recur or if it will recur. It constantly bothers me.” Yang also says every time she feels like something is off with her health, she worries that it’s due to cancer.

She stresses the importance of getting the HPV vaccine (recommended for young women through age 26 and young men through age 21, by the Centers for Disease Control and Prevention), which is designed to help protect against many strains of human papillomavirus that can lead to several forms of cancer, including cervical cancer. Yang is originally from China, but she went to college in the U.S. and says she had the opportunity to get vaccinated – she just didn’t. “That’s one thing I really regret,” she says. “I felt like I didn’t need the vaccine [at the time] but, if I had, I probably wouldn’t have had cancer.”

Yang also wants women to speak up if they know something doesn’t feel right healthwise. “Go see a doctor if you’re having weird symptoms, even if you’re healthy and young,” she says. “Even if it is cancer, it doesn’t mean things are hopeless.” 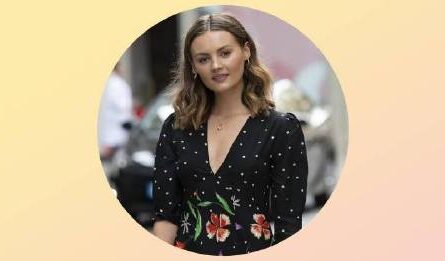 Niomi Smart, on how to stay healthy over Christmas