While the White Walkers and their rapidly growing army of zombies have all been a part of a major plot on Game of Thrones since the series began, we’re seven seasons in, and we still haven’t gotten much of an explanation as to why the Night King is waging a war against the citizens of Westeros.

His reasoning for killing every living thing in his path could be the same as Cersei’s: he just wants to have as much power as he can possibly hold. But he could also be doing all of this for an entirely different reason that the show hasn’t explored yet.

Game of Thrones‘s season seven finale featured a lot of talking, specifically about what needs to be done in order for the Night King and his army of wights to be defeated. After marching south for what’s felt like the entirety of the series, the Army of the Dead officially makes it past the Wall by the episode’s end. With Cersei making no plans to put up a fight and align herself with Jon and Daenerys to hold them off, there’s really no telling what’s in store for the people of Westeros, but we’re sure that whatever it is isn’t good. As eight approaches, there’s still one question left that’s probably been causing a bit of confusion since the series first premiered: what does the Night King even want?

The only thing we do know about the White Walkers is that they haven’t always been hell-bent on killing people and adding more bodies to their army. Back in season six, a flashback shows that the Children of the Forest created the first White Walker – who’s now the Night King – when Leaf inserted a piece of dragonglass into the chest of one of the First Men. The Children used their creation as a weapon to defend themselves against the First Men who invaded Westeros and slaughtered their people and destroyed their trees. But at some point, things took a turn, and the Night King stopped defending the Children and went against not only them, but men in general. 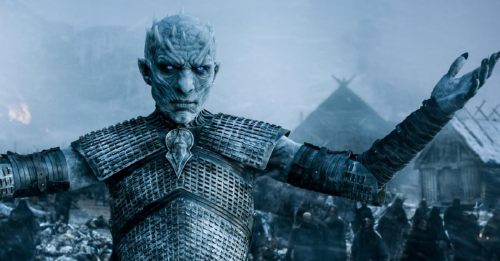 In a season seven episode, Beric makes a point to Jon that the best way to defeat the wights is to kill the Night King, who likely turned the majority of them into the undead bodies that they are. But ending the Great War that way sounds a little too simple, and we would be interested in hearing some sort of explanation for what the point of all this is. Whatever the reasoning, things aren’t looking too good for anyone who’s not a wight right now.

A 10-Song Introduction, to the Infectious Power, of Lizzo