GQ reported that, “budgets were increased significantly for the final season – and the result is movie-quality TV,” and that makes for an intense AF episode, “But for the sheer speed and quality of storytelling, for the amount of unforgettable moments and surprises, this is easily the best of the eight first episodes.”

Game of Thrones season eight episode one just premiered in New York with the show’s cast both past and present out in full force. Our cover girl Sophie Turner reunited with her former on-screen husband, Jack Gleeson AKA Joffrey Baratheon, much to Joe Jonas’ dismay and Jason Momoa returned to the GOT fold to well, give us serious thirst.

Aside from the throwback GOT reunions, the small matter of the most anticipated TV season of ALL-TIME premiering is upon us. Whilst us mere mortals have to wait until 15th April to see the episode for ourselves, the audience in attendance have been teasing their reactions on social media.

However, not everyone was raving about the GOT season eight premiere with The Telegraph saying, “no epic battles or large-scale set pieces.” 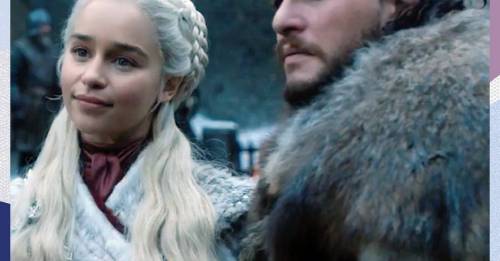 Much to HBO’s annoyance, some naughty premiere attendees shared the first look at the opening title sequence which has been refashioned in keeping with the show’s many changes.

In conclusion, winter is coming, sh*t is about to get real and you are going to be on the edge of your throne. In the words of our cover star, Sophie Turner, “Welcome to the beginning of the end.” SOBS.