Since that first step, I’ve never been afraid of love. I love the intensity of it, the bond it creates between two people. But all through my twenties, I met people that I fell in love with, and it just didn’t work out. Either I loved them too much or too little.

Ever since I could grasp what romantic love was, I knew that I wanted it. My first foray into this was dumping a box of paper hearts over the head of a boy I liked, and then running away. Bear with me: I was seven.

Towards the end of my twenties, I started to despair whether I’d ever meet this person. And then along came Rob. At first, nothing about him indicated he’d make it past date number two, let alone us eventually getting married. He had a shaved head, a massive dog named Daisy, he was a science journalist and he was from New Zealand, a country I knew nothing about. But we had a lot in common, and we shared the same beliefs, and in the way that sometimes the alchemy of two people is a mysterious and intangible thing, we fell in love hard and fast.

At that point, I believed that romantic love was the only way to be happy. And that when you found that type of love, the logical conclusion was to get married, buy a house, have children and live out a peaceful existence. 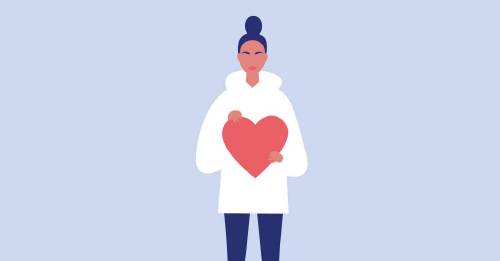 A big part of that was because that’s the story that Hollywood loves to tell.

Every Disney film I was raised on, ended with the princess and her prince living happily ever after. We grow up being conditioned to want all of this, without really examining whether it is the right thing for us. And worse, it blinds you to other avenues of happiness and fulfilment, and puts a lot of pressure on your romantic love working out.

When Rob and I exchanged vows, I genuinely (and naively) thought that all we needed for a good, quiet life was just to be together. But there phrase ‘in sickness and in health’ isn’t there as window dressing for your vows; it actually means something. Four years ago, Rob died by suicide – he had been struggling with addiction and depression for a long time – and I realised that the fairytale expectation of life doesn’t actually prepare you for real life.

I learned that this didn’t just apply to finding love, but the things that are supposed to protect you too such as having money and a successful career.
When Rob died, we were on a trajectory to – at some point – have children. And I was also in the most senior job of my career. I know that there is a very real practicality to having money, such as being able to afford food and a roof over your head, but somewhere along the line, we started to view these things as safeguarding against bad things happening.

The biggest lesson I have learned, is to question the narrative. There’s nothing wrong with wanting to get married or have children, but asking yourself why you want those things, is an important way of checking in with yourself.

I don’t ever regret marrying Rob, but I think if I had done that, I would’ve asked more questions about his illness. I think that I would also have been marginally better prepared for when life as I knew it did shatter.

In a quest to find out more about myself, and what I wanted in this different kind of existence I had after Rob died, I quit my high-powered job and went travelling to find some solitude in which to think. I wanted to actively choose what I wanted in my life and sift through my expectations versus societal expectations.

I don’t think you need to make grandiose decisions like leaving the country to figure out what you want from life. But giving yourself a bit of time and space away from people, and your phone, can be critical to course-correcting. And if you live with a daily, grumbling sense of discontentment, it’s worth listening to that. That’s your mind and body trying to tell you something important.

After travelling, I didn’t return with a neat set of answers. But what I learned instead was far more valuable: that an inventory of the self is a necessary part of living, and the only way of making sure that you’re leading the life you want. 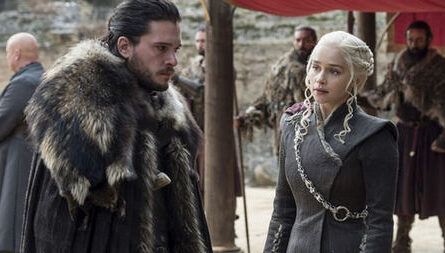 There’s Yet Another ‘Game of Thrones’ Prequel in the Works