When it comes to the culinary world, he’s done it all. He’s been a bus boy, line cook, baker, sommelier, bartender, and chef. His achievements are many and include an induction into Bartender Magazine’s Bartender Hall of Fame.

Professionally known as The Liquid Chef, Merino blends his love of his Mexican culture with the flavors and traditions of the cultures he’s experienced moving from his surprisingly diverse hometown in Mexico, to the melting-pot of New York, to the multiculturalism found here in Metro-Detroit. 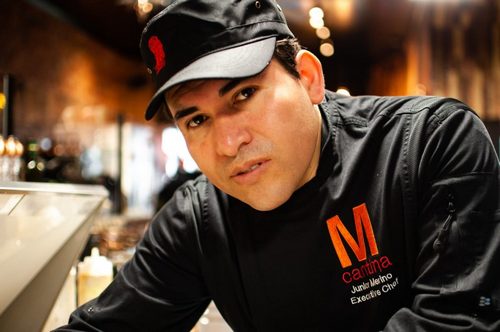 Getting his start in New York, Chef Junior now resides at M Cantina in Dearborn, a suburb just outside of Detroit. Focusing his sights on creating flavorful, halal, nuevo Latino street food and bringing the principles of mixology to a non-alcoholic cocktail menu. It’s a program that’s a welcome addition to the largely Muslim population of Dearborn, as well as culinary adventurers in Metro-Detroit.

We sat down with Chef Junior and chatted a bit about his background and approach to food. The conversation has been edited for concision and clarity. 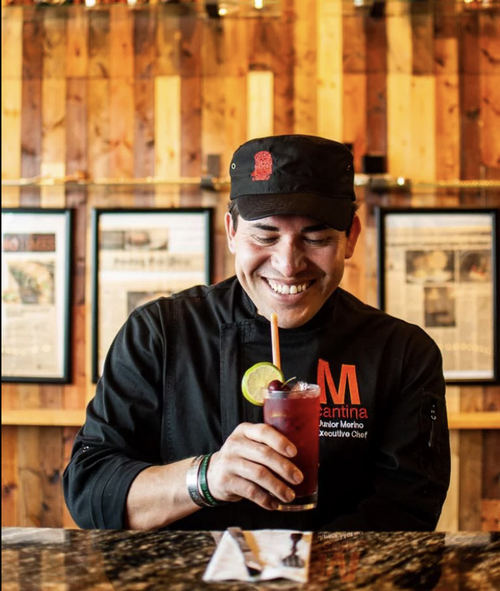 So, how did you get started in the culinary world?

I moved to New York when I was 15 and started working in my uncle’s bakery in the Bronx. And then after that, I moved to work with my oldest brother. He was the sous-chef of a barbecue place in Manhattan and that was basically my school. That’s where I learned about the restaurant business, how they operate, how it works. I did a little bit of everything, from washing dishes to prepping, and I kind of kept moving up there while I was going to school. Seven years later, my brother moved to Michigan and then I left to help open another place but there I worked as a sommelier. Then I thought, well, I think mixology is really my passion.

How did you get into mixology?

Back then, and we’re talking about 2000-2002, mixology wasn’t really a word. It wasn’t really something that was out there. But I went behind the bar and just started mixing. Since I was coming from the kitchen, I didn’t have a formal training behind the bar. Everything I did was implementing techniques from the kitchen behind the bar. Making all the syrups, macerations, all these, kind of like sauces. So, everyone used to call me the Liquid Chef. “Oh, you’re a chef but with liquids!”

What brought you to the Detroit area?

I followed my brothers. I followed my family. My aunts, uncles, everyone moved here. They said, “you should move here!” because I used to try and come once a month to visit. For just one to two days. I used to come to be with them, BBQ with them, if it was winter, we would just cook, eat our favorite meals. I would make drinks for them. So eventually I ended up in Michigan.

What culinary traditions in your hometown in Puebla gives you the most inspiration?

The most important thing to me is freshness. Everything has to be made to order. At the beginning, we used to have a lot of people leave because we do take 10-15 minutes to serve you an order of tacos. But here we cook everything to order. We also don’t do menu changes. We want them to experience what true Mexican flavors are. Combinations of what I grew up with. It’s the combination of ingredients. It’s how complex and beautiful the flavors are when they come together. 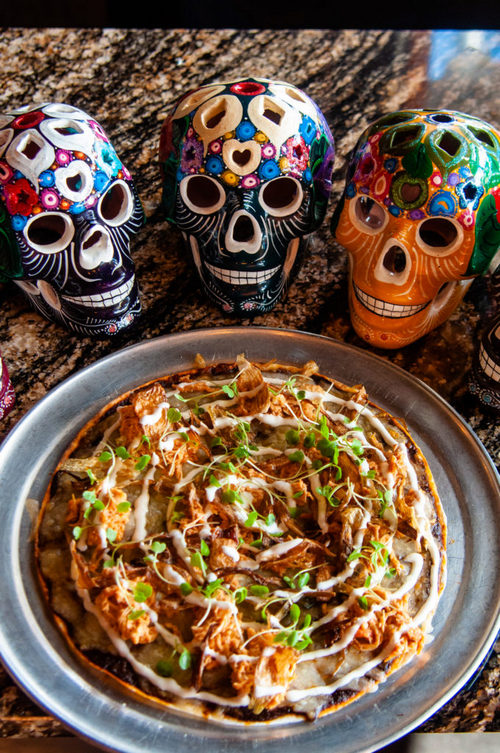 What is the one dish on the menu that would say, “This is me. This is me in food form”?

I think what represents me personally is my “$180 Tacos” because that shows how flavors, not just from Mexico, but from all over the world, come together. We use Kobe beef from Japan, then we use foie gras which is French, we also use beluga caviar, so Russia comes in there. We have truffles from Australia or Italy. And then we use escamoles ant eggs which come from Mexico and they’re known as the Mexican caviar. We also use gold leaf on top, which showcases what my idea of what food is. It’s like art. It’s putting all these pieces from around the world together to create one experience. 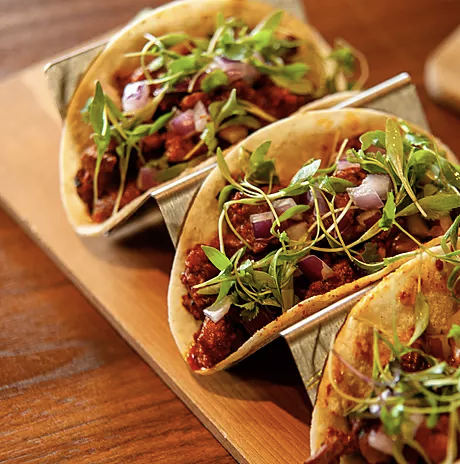 What dish best encapsulates your hometown?

I have a few dishes that really showcase my state in Mexico. Our tacos arabes, they’re inspired by Arabic shawarma. We have a huge population of Lebanese, Iraqi and Turkish people in Mexico. A lot of these people moved to my state in the late 1800s and some of them in the 1950s-1960s, so by now they identify as Mexican, but they do still keep their traditions.

So, you must feel pretty at home here in Dearborn?

Any other Puebla specialties?

The al pastor chili marinated pork and the tinga shredded chicken with chipotle aioli are from my state. Also, the mole and the chiles rellenos queso fresco stuffed poblano peppers fried in a fluffy egg batter a lot of these were created by the nuns of Puebla. Guacamole also comes from Puebla. The most well-known Mexican food in the US is from Puebla. All of these dishes represent this place.

I learned so much! I could talk about this all day! 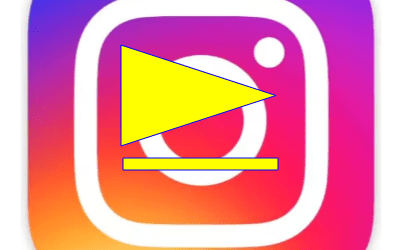 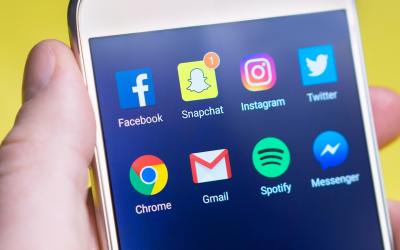 How To Send Snaps in the Redesigned Snapchat App Update 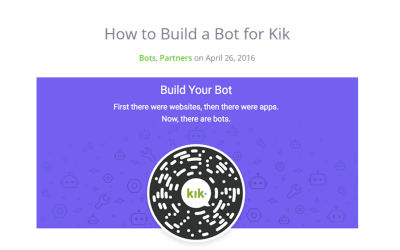 How To Make Your Very Own Kik Bot