According to the scientists beginning to dive into CBD research, it’s not what the advertising and marketing claims of most CBD products, most of which do not match any existing research (which is still very preliminary – though promising) would have you believe.

Even the FDA is still looking into establishing guidance on the safety and/or efficacy of CBD products but has not shared any information as of yet, leaving the marketplace a wild west of claims and assurances with little foundation. Just because CBD might not be able to live up to every company’s current claim (and frankly, what could), doesn’t mean to write it off or stop watching the space.

And many of the oils, gummies, vapes, and chocolates currently on the market can be tantalizing. Here, we break down a few common terms to help parse what you are actually buying.

If you believe every advertisement you read, CBD can do everything from chilling you out, to soothing your skin, to revving your engines (see that lube again), and with the CBD industry as a whole on track to hit an estimated $22 billion dollar business in the next few years, it would seem that most people not only do rely on marketing, but that advertising works. But what exactly is CBD? 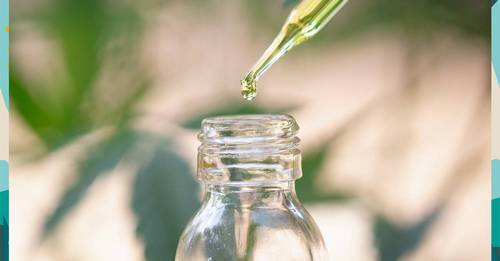 This compound, known as CBD, is derived from the cannabis plant. CBD has been shown to help shield the body from oxidative stress (which can cause cell damage and disease). Anecdotally, some claim it’s anti-inflammatory and can help relieve anxiety and pain. But CBD is not regulated by the FDA, except for one prescription medication to treat severe childhood epilepsy, says Dustin Lee, an assistant professor in psychiatry and behavioral sciences at Johns Hopkins University. “Most of the research is preclinical. We need controlled studies before we can advise the public on how CBD can be used efficaciously.”

When a CBD product contains more than .3 percent of THC (delta-9-tetrahydrocannabinol), it is considered mind-altering. Seeing “psychoactive” (or “THC”) on a label means you might get high. Be careful of how much you’re ingesting.

Refers to a strain of the Cannabis sativa plant and the fibers it contains, which were originally used to make fabrics. Hemp is now bred with higher amounts of CBD and is legal in more states than marijuana. Slightly confusing fact: CBD derived from hemp and marijuana is identical. Unless the product contains THC, it is not psychoactive.

These compounds give cannabis plants their flavor and aroma. Two common ones? “Limonene has an uplifting, citrus flavor, and myrcene is mind-relaxing and has a clove-y scent,” says Grant Rogers, a brand manager at Extract Labs, a hemp-derived CBD company based in Colorado. Think of it like the subtleties of wine, adds Sally Nichols, the president of Bloom Farms CBD, a California-based CBD company. Still, Lee urges consumers to take the mood-altering claims with a grain of salt. “The research we have with terpenes, and most of CBD, does not match the marketing claims,” says Lee, citing the lack of well-controlled studies.

Refers to a CBD product that contains all elements of the cannabis plant, including up to .3 percent THC.

This CBD product contains every element of the cannabis plant (all terpenes and all cannabinoids) except THC.

How fast CBD enters the bloodstream to take effect. Smoking and vaping are the most immediate because the CBD goes into your lungs, says Rogers. Holding a tincture under the tongue for absorption takes about 10 minutes. A soft gel capsule or gummy ingested orally can take up to several hours because it has to work through your digestive system; your response time can be lengthened by how much food you’ve eaten.

It’s crucial to look fororganic certifications in hemp-derived CBD because hemp absorbs everything in its surrounding soil (including heavy metals or pesticides). “All the sources in your product should have organic certifications on the label or website,” says Nichols. “You can also look for ‘organically grown.'”

Any reputable CBD product should have one done by a third-party lab. Find the batch number on your product (usually on the bottom or side), and check the brand’s site for its COA report. Ensure the level of THC is under .3 percent. (Concentrations vary, but most readings hover between .05 and .11, well below .3 percent.) Heavy metals, pesticides, and microbials should also be included; look for “ND” (“not detected”).