The 20th – and final *sob* – season of KUWTK is due on Hayu in 2021 and according to Kim herself, we should look out for it ‘early’ this year.
Amid speculation that ‘divorce is imminent’ for Kim Kardashian and Kanye West, our next Keeping Up With The Kardashians fix could not come soon enough.

That’s right, after 14 years, the reality show will air its final episodes in the coming months marking the end of a ground-breaking television era.

According to insiders, the Kardashians wants to make it a ‘memorable’ one for the fans, so the whole family is expected to appear, including the reclusive Rob Kardashian. 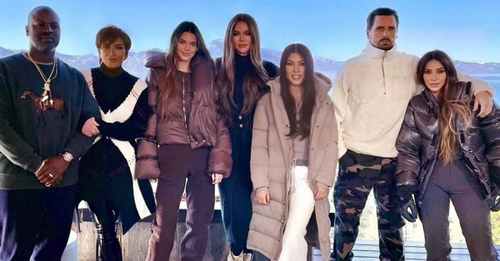 Kim, Khloe and Scott Disick were seen filming for the 20th season back in September, shortly after a statement confirmed ‘with love and gratitude’ that the family would say a collective goodbye to the KUWTK franchise with one final season.

Although we don’t have a confirmed air date yet, we do know that you’ll be able to catch it on hayu as soon as that day finally arrives.

hayu is an on-demand reality TV subscription service that allows Brits to stream American reality TV on the very same day that episodes drop across the pond. Genius.

It currently costs just £4.99, but if you sign up now, you can get a one-month free trial. That’s 30 FREE days in which to watch as much Kardashian goodness as possible and we do love a challenge.

Episodes from Season 19, which was affected by the spread of Coronavirus, arrived on hayu in October that year featuring a new style of self-documenting that didn’t involve their usual camera crew.

Instead, the famous family filmed themselves as they went into lockdown with their respective partners and children – even while Khloe battled the virus because as we know, nothing is off-limits in KUWTK world.

Now, as we head for Season 20, we are building up to a storyline that could trump everything that’s come before: the possible separation of KimYe after six years of marriage and four children together.

Reports in PageSix this week claim that Kim is preparing to file for divorce after a rocky year with the rapper, who is believed to have spent the festive season away from the entire Kardashian clan because he was ‘fed’ up with them.

The website alleges that Kim has already hired divorce lawyer Laura Wasser, who has represented Angelina Jolie and Heidi Klum in similar proceedings.

She even previously represented the Kardashian when she separated from Kris Humphries back in 2011 after just 72 days of marriage.

To this day, the most-watched episode in their 14-year run was the wedding of Kim to basketball star Humphries, which reportedly cost $10million – but earned them even more in publicity.

The event was spread out over two episodes in Season 6, racking up over 10.5 million viewers and not even the bombshell episode in which the sisters discover that Rob is dating Blac Chyna (the ex of Kylie Jenner’s ex Tyga) was enough to trump it years later.