Even as Trump announced his return to the White House on Monday, his doctors confirmed that he would continue to take the steroid, which is used to treat inflammation. 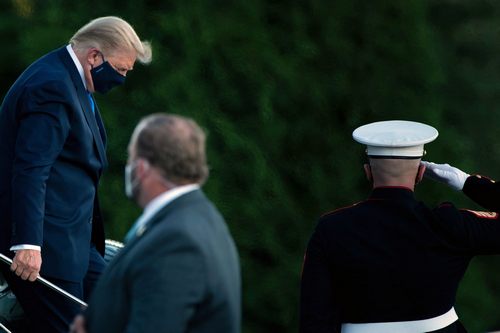 According to studies and experts, dexamethasone is a treatment for COVID-19, but there are several key stipulations to know.

At a Sunday press conference, the team of doctors treating President Donald Trump for the novel coronavirus (COVID-19) announced that, among other treatments, the president had been prescribed a steroid called dexamethasone.

Dexamethasone is an approved treatment method for COVID-19. According to the New York Times, the steroid treats the illness by quieting an immune system overreaction that has killed many coronavirus patients.

However, the National Institutes of Health recommends that the drug be used only for hospitalized patients who are mechanically ventilated or who require supplemental oxygen. A study from Great Britain found it very effective for those groups; studying over 6,000 patients, the doctors found that dexamethasone reduced deaths by one-third in ventilated patients and one-fifth in those needing supplemental oxygen.

The same study also noted that dexamethasone may be dangerous for patients with milder cases of COVID-19, noting that they died at a slightly higher rate than similar patients who weren’t given the drug, “although the difference was not statistically significant,” the New York Times wrote.

Because of this, experts have speculated that the president’s condition may be more severe than originally let on.

“When I think about people needing dexamethasone, I think about people who are escalating their condition, who are heading closer to ICU level than to home,” said Rochelle Walensky, MD, MPH, chief of the division of infectious disease at Massachusetts General Hospital and a professor at Harvard Medical School, in the NYT article.

It’s also worth noting that dexamethasone is typically only given in later stages of the illness. Earlier on, it is advantageous to let your immune system do its work; it’s only as the illness progresses that your immune response can turn against you, making a drug like dexamethasone helpful. Trump’s team of doctors specified that the drug was administered after his blood oxygen levels dropped twice.

Mental Health Side Effects of Dexamethasone

Dexamethasone has been shown to have many side effects, including some that can affect a patient’s mental health.

According to the Mayo Clinic, these include:

Psychosis and delirium are also reported side effects, and euphoria and mania may also occur in the short term.

These Upcycled, Sustainable Designer Bags Are Honestly Better Than the Real Thing