It’s the number one killer of women between the ages of 20 to 59 and the odds can seem alarming.

One out of every eight American women will be diagnosed with breast cancer during her lifetime, according to the American Cancer Society.

More than 266,000 cases will be diagnosed in women in 2018 and more than 40,000 will die. Breast cancer does also occur in men but the incidence rate is less than one percent.

While there is no way to prevent breast cancer, there are some steps you can take to reduce your risk.

Dr Marleen Meyers, breast medical oncologist and director of the survivorship program at Perlmutter Cancer Center at NYU Langone Medical Center, spoke to Daily Mail Online about some steps everyone can take to decrease probability of a diagnosis.

One out of every eight American women will be diagnosed with breast cancer during her lifetime, according to the American Cancer Society

1. Exercise at least 30 minutes every day

Several studies have shown that being overweight or obese after menopause increases the risk of breast cancer by as much as 30 to 60 percent.

One reason could be due to estrogen levels. After menopause, estrogen is mainly produced by fat tissue, making heavier women have higher blood estrogen levels than leaner women.

A 2011 study from the Breast Cancer Collaborative Group found that women who have higher estrogen levels have an increased risk of breast cancer.

‘By lowering fat cells that produce estrogen, you could reduce the risk,’ Dr Meyers told Daily Mail Online. ‘I would recommend at least 30 minutes of moderate exercise every day with strength training at least two times per week.’

The American Cancer Society recommends that adults get at least 150 minutes of moderate intensity or 75 minutes of vigorous intensity activity per week.

‘You want to eat a diet that is rich in green leafy vegetables, fruits, lean proteins, and not high in oil or fat,’ she said.

Smoking is known to be a factor in many health complications including heart disease, asthma, and even lung cancer.

But smoking could also elevate your risk of getting breast cancer, particularly in postmenopausal women.

While past studies have differed on this, recent literature ‘supports a modest association between smoking and breast cancer’, according to a 2015 study by the Albert Einstein College of Medicine in New York.

Many chemicals found in cigarettes, such as benzene and polonium-210, have been shown to damage DNA, including key genes that protect us against cancer.

‘There is certainly a link and if one is looking to optimize health in general, you need to not smoke. Big lifestyle changes like this are very important in general,’ Dr Meyers said.

Smoking could elevate your risk of getting breast cancer, particularly in postmenopausal women

3. Try to stick to one glass of wine per week

Growing research has shown that women who drink could increase their risk of breast cancer.

In a 2013 report released by the National Toxicology Program of the US Department of Health and Human Services, consumption of alcohol was listed as a known human carcinogen, a substance capable of causing cancer.

Since then, multiple studies have backed this claim up. Women who have two to three alcoholic drinks per day increase their breast cancer risk by 20 percent.

The American Cancer Society recommends that women stick to one alcoholic beverage in a day. This is equivalent to 12 ounces of regular beer, 5 ounces of wine, or 1.5 ounces of hard liquor.

‘If someone is drinking one glass of wine a day, I tend to suggest they limit it to one to two glasses for the week,’ Dr Meyers said. 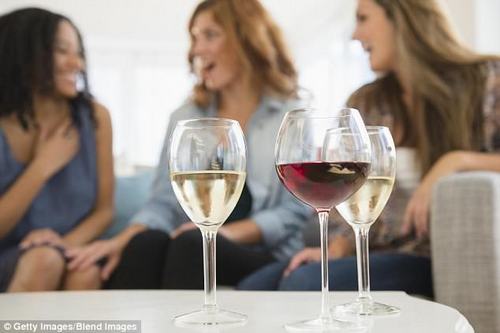 Current or past users of hormone replacement therapy (HRT) could be at a higher risk for breast cancer because cancerous cells often contain hormone receptors.

There are two main types: combination HRT, which contains both estrogen and progesterone, and estrogen-only HRT.

Dr Meyers said it is currently unknown if there’s a time period where the drugs can be taken without an increased risk.

There is also a greater likelihood for users of combination HRT that the cancer may be found at a more advanced stage.

The risk decreases when it comes to estrogen-only HRT. Only when used for more than 10 years is the prospect of a breast cancer diagnosis raised. 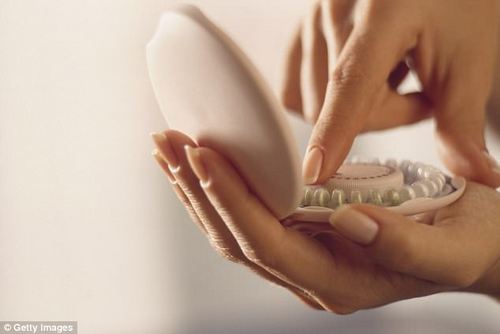 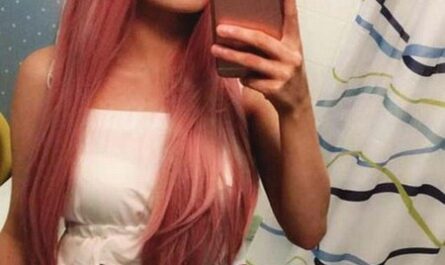 Inspirational cancer victim dies months after having an abortion