I can honestly say I’ve never had intentional period sex in my entire life and I don’t feel like I’m missing out on much. I’ve done it when I’ve been due to come on and have been met with a rather bloody surprise, but aside from that, it’s just never really something that’s appealed to me.

I’m bloated, in pain and generally feel crappy, and having my boyfriend poke around up there doesn’t always seem like the most appealing of events.

As far as I’m concerned, during that week, my body is off limits to everyone except me, and I’m 100% okay with that.

My only concern with period sex is that the blood doesn’t stain my sheets. Other than that, I couldn’t care less about it, and nor does my boyfriend. He’s incredibly woke and isn’t at all fazed by, or afraid of, any part of the female condition. Which is just as well, seeing as my friends and I have absolutely no filter when it comes to discussing bodily functions. Periods are a natural part of being a woman, and sex is a natural expression of love and togetherness, so in my mind, there’s no reason that the two would be mutually exclusive. But I will put a towel down.

12 questions about menstrual cups (admit it, you have no idea how they work)

Sex with a little bit of blood just doesn’t bother me. Whilst bleeding during a sensual session doesn’t always make you feel as ‘sexy’ as you sometimes might, at other times you might find your partner’s fearless attitude is further proof of your intimate connection and mutual desire, or that it allows for a more carefree and jovial good time where you’re both open to embracing each other’s natural body occurrences.

If they’re super phased, it’s totally their prerogative to pass up sex (their loss), I’m not going to actively encourage and persuade. If they’re not fussed, I’m completely happy with them wearing a condom, throwing a towel down and us both forgetting about it and enjoying ourselves.

I will stress that this is largely on the days either side of the heaviest flow, although I find that even on a really heavy period the majority of bleeding stops if you’re on your back, relaxed and try to let go of the notion that you’re going to ‘bleed everywhere’. Basically – as with all sexual encounters – just respect your partner, do what works for you and do what you’re in the mood for.

This is exactly how to beat your period cramps, according to doctors

Posture health is a major wellness trend for 2020 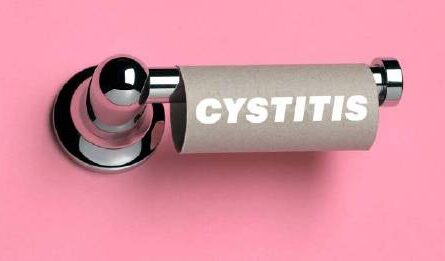