Most of the residents of Russia (61%) are not ready to trust psychologists, trying to cope with their problems on their own. This conclusion was reached by specialists of the research center of the portal SuperJob.ru, conducted a survey on this topic.

A close friend or casual companion on the train still seem to be more attractive interlocutors, even if they do not know anything about the collective unconscious and the theory of dreams. About what come to the reception to psychologists, why they are not trusted and who else can solve marital problems, the correspondent of SHE asked the psychotherapist, sociologist, psychic and Babu Valy.

Unable to build a family relationship, women go to the office of a psychologist or to a bathhouse to a fortune-teller

The fact that the number of family problems is growing, is confirmed not only by the huge number of divorces. As the director of the Anti-stress Center, psychotherapist Maxim Zagoruiko noted, until the autumn of 2008 the number of clients grew every year, since December 2008 their number has decreased approximately 2 times – apparently, the crisis has affected, but since August 2009 the number of applications has started to grow January 2010 even exceeded the pre-crisis level. 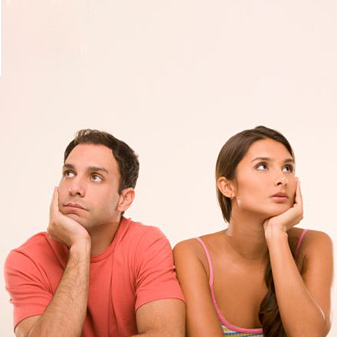 The most frequent reasons for applying for marital difficulties, according to the therapist, are related to conflict, communication, the establishment of relationships after betrayal and sexual problems. So to the expert can lead not only depression, but also disputes about household duties or about whether it is worth going to the club or sitting at the computer.

Sociologists, however, blame for all the troubles the model of modern society, which forces them to isolate themselves and solve their problems on their own. “In a traditional society, all problems in the family were solved simply: the decisions were made either by the oldest in the family or by the man. Nowadays, a resident of the urbanized world has acquired, on the one hand, independence, but on the other – responsibility for his own decision, “- says Natalia Churkina, associate professor of social work at the NSTU.

What to expect from a psychologist?

First, financial costs – given the echoes of the crisis, this is important.

On average, a specialist’s consultation will cost 1000 rubles. And a couple of conversations are indispensable: the average duration of family therapy is 10-15 sessions.

The specialist, in turn, helps the couple understand what is happening in their relationship, understand the feelings and desires of everyone and learn how to communicate about them to each other, to try new, effective ways of interaction. “Sometimes spouses do not understand their desires,” says Maxim Zagoruiko. “For example, they can think and say that they want peace in the family, but in fact it turns out that each of them wants to subordinate another.” 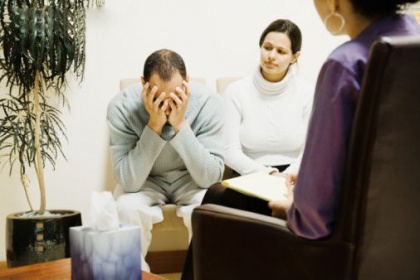 It is important to remember that the therapist is not a matchmaker, he does not “reduce” two people, does not make them live together, but only helps everyone to understand themselves and their desires. It is possible that the result of therapy will be a weighted decision to divorce.

Why do not they trust?

A campaign to a psychologist differs from a trip to the dentist – when he came with a hole in his tooth, and left with a fresh seal. Rather, it’s like sports – good results are achieved gradually, and, despite the availability of an experienced coach, you will have to work on your own. Perhaps this is the main reason why many do not trust psychologists?

“The meaning of the work of a psychologist is to help a person understand his problem, but not to solve it for him, but to encourage him to exert some efforts and begin to solve it himself. In other words, do not feed the hungry fish, but give him a fishing rod so that he can catch this fish himself.

Of course, this is a less preferable option than getting a solution to the problem in ready form, “notes Natalia Churkina, associate professor of the Department of Social Work and Social Anthropology of the NSTU, teacher of the regional educational and methodological center” Family “.

In addition, according to Maxim Zagoruiko, a person could have before that an unpleasant experience of communicating with a psychologist or believes that “it must be strong and all his problems should be solved by himself” or problems are beneficial to a person, in reality he does not want to change anything. 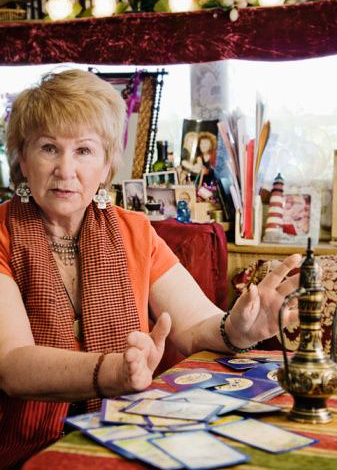 “A person can think that psychiatrists are treated only by psychos, and he does not want to be a psycho.

Or he is afraid of telling personal information about himself, the psychotherapist continues. “Either he is sorry to spend money for a consultation, and he rationalizes this:” I will not go to a psychologist, not because I feel sorry for money, but because psychologists are bad and they can not be trusted. ”

Those who do not trust psychologists, too, suffer from problems in their personal lives and get into unpleasant situations. To whom do they go? “I was treated with family problems. Most often come women, dissatisfied with their second half. Or the husband drinks, or a loafer, or just a goat – according to the principle that all men are like that. Mostly they come with discontent, and not with a problem, – the winner of the TV show “Battle of Psychics” Alexei Pokhabov admits.

Sometimes they come to find out if the future is possible with this or that person. I always wondered why questions about this come to psychics? Why do people not have the courage to just take their life into their own hands? “. In fact, Alexey answers his second question to the first – they are afraid to take responsibility, it is much more convenient to assign it to someone.

De-taking responsibility with the help of a psychic depends, according to the winner of the Battle, on the laws of the market: “All psychics take in different ways. I clearly know myself the price and do not overprice her for the sake of earning. Depending on the situation, I estimate myself from 5000 to 7000 rubles. ” Changes Alexey Pokhabov guarantees the next day, regardless of whether the person believes or not: “The impact will do its job, it’s easy to go to the goal, but the changes occur immediately.” However, in some cases, he refuses to help:

“If a woman wants me to turn a goat into a prince, then I politely apologize and send her to look for Harry Potter. Maybe it’s for him, but not for me. ”

Return of the Prodigal Husband

But the role of Harry Potter is perfectly handled by hereditary fortune tellers and witches. Newspapers are full of ads: “I’ll return my husband to my family without sin and harm to health, I’ll remove the strongest spoiling, evil eye”, “Curse, spell, lapel, neutralization of the rival.” One of these ads was called by the SHE correspondent and asked how much it cost to return the prodigal husband to the bosom of the family.

Baba Valya (the name was in the announcement) first started a small advertising campaign, and then she announced the price – 3500 rubles. “I have a bath in the fence, I call out from the photo, I do a hundred-percent work. And then, as everything will turn out, you will buy a handkerchief for me as beautiful as a gift. And buy a pack of tea, “- added the woman Val, once again assured that the effect will not take long to wait -” fast pace will do. ”

“To psychics and sorcerers there are people who crave” miraculous healing “without effort,” Maxim Zagoruiko believes, “who are ready to be in a dependent position when someone” wise and authoritative “controls their lives. And to psychotherapists – more psychologically mature, who want to understand themselves what is happening to them, and are ready to make efforts to make their life changed for the better. “

We all have an in-built ‘negativity bias’

6 Habits, of People Who Try, to Hide Their Depression