HHS leaders’ comments to date suggest that they are uninterested in discrimination against health care providers whose consciences compel them to provide care, and uninterested in injuries to patients caused by care refusals. This framing makes conscience yet another issue dividing Americans, largely along partisan lines.

In January, the U.S. Department of Health and Human Services (HHS) announced the creation of its Conscience and Religious Freedom Division, explaining that it will allow HHS’s Office of Civil Rights to “more vigorously and effectively enforce existing laws protecting the rights of conscience and religious freedom” and will ensure that “no one is coerced into participating in activities that would violate their consciences, such as abortion, sterilization or assisted suicide.”

Responses were as expected: religious conservatives hailed the new division as a needed intervention; public health and clinical leaders and advocates decried it, worrying about its impact on access to care and harm to patients.

Conscience, however, is not inevitably divisive. The 1973 Church Amendment, proposed by liberal Democratic Senator Frank Church (ID), articulated the first conscience protections for health care workers and had nearly unanimous congressional support. It included discrimination protections for workers who participated in contested care, not just those who declined to do so. As historian Sara Dubow suggests, its passage reflected a brief moment in which bipartisan collaboration on abortion was possible and U.S. politicians sought common ground. The amendment recognized and held the tension between abortion as a new, fundamental right for U.S. women and the reality that some health care providers could not in good conscience participate in it.

I feel an angry argument building in response to HHS’s one-sided framing. But I resist it. Because my challenge these days is to avoid further entrenching polarized positions and to reject the divisiveness that poisons contemporary life. Is it possible, once again, to hold in tension seemingly opposite ideas about abortion? Can we understand abortion as both something that “stops a beating heart” and a fundamental right, rather than insisting it’s only one or the other? The effort to hold this tension might begin with health care providers, because we hear the stories of our patients, who are experts at managing this balance, and because on-the-ground caregiving experiences are far more nuanced and complex than polarized rhetoric reflects. Insofar as health care providers edit and curate lived (real-life) experiences to fit the scripts of political movements, we further polarize issues. And, as I suggest here, we undermine the formation and development of conscience itself.

My clinical life with patients and my research on health care providers, including doctors and nurses holding opposing views on abortion, reveal the complexity of clinical care. For example, some patients seeking abortion ask for copies of ultrasound pictures as keepsakes or ask if they can see the “baby,” as many call it, after the procedure – it means something to them, even as they proceed with abortion. Some patients say that their abortion was sad and difficult – and the right thing for them. Sometimes the biggest stress on the day of an abortion is the need to be done in time to pick up kids after school. Abortion and parenthood are not mutually exclusive; loving children and ending pregnancies are compatible in patients’ lived experience.

So is loving abortion work and questioning it: abortion providers might express an enormous sense of pride, purpose, and fulfillment in their work, and also say they felt weak-kneed the first time they saw a second-trimester abortion. Some feel sad that in different circumstances, many women would continue their pregnancies, in particular if poverty and economic strain were not issues. There is sometimes a point at which, when pressed, ardently prochoice caregivers become uncomfortable with abortion. For some, it is a matter of pregnancy duration; for others, the circumstances of an abortion, such as sex selection.

Conversely, some caregivers whose religious beliefs lead them to strongly oppose abortion nevertheless offer assistance. Some religious nurses give medications and offer comfort, compassion, and care during an abortion because they see these tasks as shared purposes of nursing and religion. Sometimes doing so requires “sitting with discomfort in real time” and holding “the tension of two contradictory positions simultaneously.” Even some caregivers who firmly oppose abortion and do not participate in it at all are uncomfortable with efforts to make it illegal, given the risks to women’s health and lives that carries. This position was well articulated in a radio conversation between Christian ethicist David Gushee and Catholics for Choice former president Frances Kissling. “A concern I have about my own side,” said Gushee, “is that what the main activists in the prolife or antiabortion community want is an overturn of Roe v. Wade. I am not at all convinced that if that were to actually happen they would like the world that they would see on the other side.” These are nuances and complexities that don’t clearly fit either prochoice or prolife rhetoric.

People often censor the parts of their experiences that don’t align with the movements they support. Ambiguous experiences of abortion thus get erased, in favor of simpler messages: “abortion is a woman’s right” or “abortion stops a beating heart,” but not both. In daily lived experiences, both may hold true. Unwavering, unambiguous commitment or opposition to abortion rights feels urgent, though, because law and policy are at stake. However, in requiring that we interpret day-to-day experiences within well circumscribed, politicized boundaries that aren’t always roomy enough for life’s ambiguities, polarization censors, and perhaps even blunts awareness of, our full range of lived experiences. Yet these experiences are needed to form conscience in the first place.

Many religious and secular commentators would agree that conscience is an internal capacity that helps us know right from wrong, an aspect of human self-awareness, a “witness” to our lives. Psychologists tell us that developing and exercising conscience requires capacity for self-reflection and self-examination. As such, it needs substrate. It needs access to and engagement with full lived experience – first-hand engagement with the world, events, decisions, and emotions as they’re directly experienced, rather than as represented or interpreted by others. When we edit or suppress lived experiences to generate politically acceptable narratives we deprive our “witnessing” consciences of the information they need to guide us.

As psychologist and conflict researcher Peter Coleman explains, in a world of oversimplification, it takes moral courage to see things in complex terms. His research shows that complexity is an antidote to social conflict. Oversimplification of issues leads to vilification of those with whom we disagree. In Coleman’s words, “nuanced understanding of the issues can lead to better solutions, stronger relationships, and a more unified society.” It is courageous, morally speaking, to complicate our views, and such complication may in fact be needed, psychologically, for conscience to do its job.

Health care providers are well positioned to do this work of complicating because, when we’re attuned to them, our day-to-day experiences often
reveal complexities. If we embrace rather than fear this complexity, we might better see the moral diversity in our work settings as sources of engagement, information, insight, cooperation, and help, rather than hostility, antagonism, and division. We have a real opportunity for moral leadership in this polarized climate because our work gives us excellent information if we are open to it.

My call is for health care providers across the political spectrum to take note of our lived experiences, especially those that defy the narratives of movements with which we identify; use ambiguities as the basis for humility about our positions, and then for brave conversations with colleagues across ideological divides – not with the aim of changing each other’s minds about abortion but with the more modest hope that we might tolerate one another enough to collaborate toward shared vision in other areas; and ask our professional organizations to follow closely the work of HHS’s new division. “Conscience” and clinical lived experience need each other; the latter is messy and does not necessarily follow partisan lines. Whether HHS leaders and staff embrace complexity or seek to further entrench existing social divisions will reveal whether their interest in conscience is a political strategy or an ethical commitment. 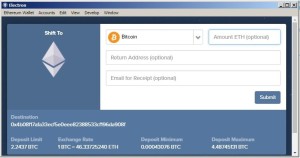 How to create a Ethereum wallet 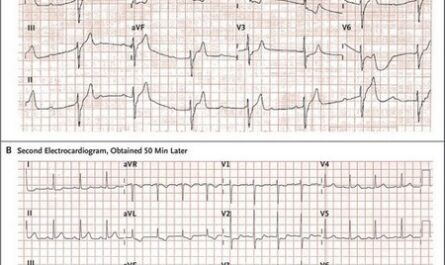