When new students arrive at law school, they receive a ton of advice from upper-level students.  2Ls and 3Ls love giving advice to new students.  If they can do it at an event where alcohol is being consumed, a state close to nirvana is achieved.

But how do incoming students distinguish between good advice and bad advice?  Here’s a tip I give in 1L of a Ride.  After mentioning that upper-level students sometimes give really good advice, I say:

But upper-level students also give some really bad advice, much of which involves ways to cut corners, so be wary of what they tell you. Although it will be socially awkward, if an upper-level student starts piling on the shortcut advice, ask the person about his or her GPA or class rank. You could phrase it like this: “Thanks for all the advice. Did it work for you?”

Last week I received an email from an incoming student at another law school.  She complimented the book and added a funny postscript referencing the above passage:

P.S.  Since your interest in humor is apparent, let me tell you a story from the second day of reading your book. I was with my parents before dinner and discussing the tips involved in your book.  My father is a practicing lawyer who went to Ole Miss Law School and graduated in 1961. I haven’t considered him much of a resource due to the changed role of technology in that intervening period. 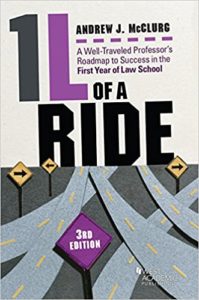 I mentioned two conversations I’ve had with friends who are already in law programs across the country and clarified that they gave excellent advice. I repeated your recommendation that you ask any student giving bad advice or shortcuts about their GPA to help evaluate its validity.

Some time later my dad started a sentence, “What you need to know about law school is …”  When he finished I said, “Hey dad, that sounds like that really worked for you! May I ask what your GPA was?”

I’ll be listening to his fatherly advice, despite his C+/B- grade point average.  ?  He’s more convinced than ever that repeating “You’ll go to law school and become a lawyer” beginning at the cradle was a good idea.

Love it.  Seriously, folks, I was just looking at a law school page where an incoming student was asking for advice on a specific topic.  The best answers came from the top students.  Most people will make it through law school.  If your goal is higher than that, carefully sift through all advice, from students, professors and, yes, even dads. 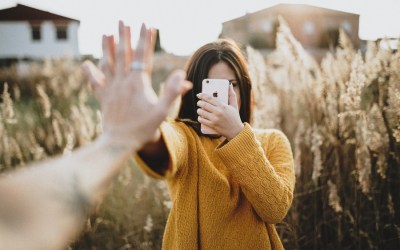