Full of campy theatrics and dramatic sartorial looks, Cruella gives the titular villainess an origin story with Emma Stone in the lead. The One Hundred and One Dalmatians franchise has long been a beloved family classic, but is this enough to warrant a sequel to this latest prequel project? 100 percent.

Almost two weeks after hitting theaters in May 2021, Disney confirmed the movie will have a follow-up. “We are very pleased with Cruella’s box office success, in conjunction with its strong Disney+ Premier Access performance to date,” a Disney spokesperson told People.

“The film has been incredibly well received by audiences around the world, with a 97% Audience Score on Rotten Tomatoes in addition to A’s in every demographic from CinemaScore on opening weekend, ranking it among the most popular of our live-action reimaginings. We look forward to a long run as audiences continue to enjoy this fantastic film.”

In August 2021, Deadline confirmed Stone will reprise her role as Cruella de Vil, but there’s a possibility that we might actually see two Cruella de Vils onscreen. In an interview with Rotten Tomatoes, correspondent Nikki Novak joked with Stone and Emma Thompson about the idea of a Godfather II-inspired sequel to Cruella. Novak suggested that Thompson, who plays Baroness von Hellman, could pen the sequel, since she’s a screenwriter. 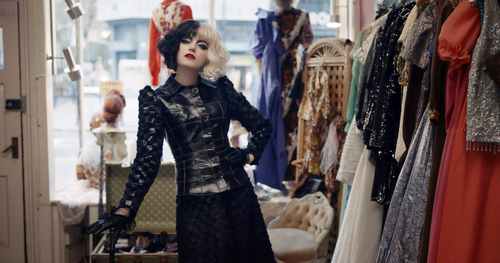 Thompson played along with the bit, and Stone also expressed interest in a Thompson-penned sequel. While the two actresses were joking around, we could definitely see it happening! Both actresses agreed that they’d have to see how the original Cruella will do first – with that said, we can’t imagine the Disney-backed film completely tanking, so a sequel wouldn’t be so out of the question.

While she doesn’t technically have an idea for a Cruella sequel, the original Cruella herself, Glenn Close, has discussed interest in a third installment of her own live-action 101 Dalmatians and 102 Dalmatians. The actress told Variety, “I have a great story to make another Cruella with my Cruella. Cruella comes to New York and disappears down the sewers.” Again, this idea might be an offhanded bit, but there just might be a studio executive taking notes somewhere! The Hollywood Reporter also reported that director Craig Gillespie and screenwriter Tony McNamara are set to return as well.

Disney is no stranger to reboots, remakes, and sequels, and given the box-office success of Cruella, it’s no wonder they are expanding the One Hundred and One Dalmatians cinematic universe. However, it’s unclear if the sequel will solely be a theatrical release or if it will debut simultaneously in homes like the first one did after Scarlett Johansson sued Disney for debuting Black Widow on its Disney+ streaming service at the same time as its theatrical debut. Executive chairman Patrick Whitesell expressed that the Cruella sequel “will protect artists and aligns studios’ interests with talent.”

“While the media landscape has been disrupted in a meaningful way for all distributors, their creative partners cannot be left on the sidelines to carry a disproportionate amount of the downside without the potential for upside,” he told Deadline in a statement. “We are proud to work alongside Emma and Disney, and appreciate the studio’s willingness to recognize her contributions as a creative partner. We are hopeful that this will open the door for more members of the creative community to participate in the success of new platforms.”