Montana might not be on every art lover’s bucket list, but there’s a great reason it should be. Nestled in the rolling hills of the Bearfoot Mountains in Fishtail is a 10,260-acre sheep-and-cattle ranch that’s home to the Tippet Rise Art Center, an institution that celebrates art, music, architecture, and nature.

Across its sprawling grounds are numerous sculptures by the likes of Alexander Calder, Patrick Dougherty, Stephen Talasnik, Mark di Suvero, and Ensamble Studio. The incredible park is the subject of a new book, Tippet Rise Art Center ($60, Princeton Architectural Press), due out next month.

“When art is freed from the four walls of a museum and from the confines of a city, suddenly it relates to the world in a way that enriches the landscape, enriches the experience of viewing it, of touching it, of being next to it, of being under it, of imagining how this wonderful creation is part of the world,” write Peter and Cathy Halstead, Tippet Rise’s founders, in the book’s introduction.

The duo write not only descriptions of the artists and their works but also meditations on days at Tippet Rise and a series of poems. Some artists themselves, too, describe their sculptures on the site. And here, we tour the massive property and see some of its most iconic sculptural works in a series of stunning photographs from Tippet Rise Art Center. 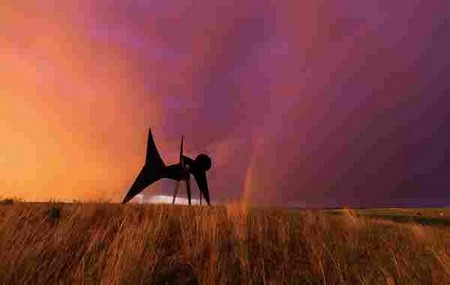 For Daydreams, Patrick Dougherty grew willow saplings to wrap around – and through – this schoolhouse.

The schoolhouse is a replica of a structure nearby.

Mark di Suvero’s Proverb was originally installed at the Morton H. Meyerson Symphony Center in Dallas. It was relocated to Tippet Rise in 2015.

Inverted Portal is one of two pieces by Ensamble Studio that are aligned with the stars and the sun, casting particular shadows during the solstices and equinoxes.

Beartooth Portal, shown here, is the companion to Inverted Portal.

Ensamble Studio used 1,500 tons of concrete, stone, and earth (and 180 tons of rebar) to create the Domo plinth, which often hosts concerts.

Beethoven’s Quartet, by di Suvero, was originally installed at Storm King Art Center in New York, which is one of the sculpture parks that inspired the founding of Tippet Rise.

Alexander Calder’s Two Discs is on loan from the Smithsonian Institution’s Hirshhorn Museum and Sculpture Garden. 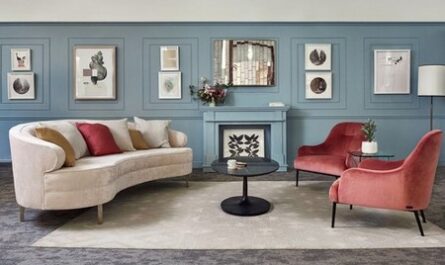