To say that the news is overwhelming these days is a serious understatement. With disasters happening all over the world – and right here in the USA – seemingly every other day, it’s easy to feel utterly helpless as you read or watch stories about people in need.

From Mexico to Texas to Puerto Rico, people have, in many cases, lost their entire livelihoods. So, what can you do other than retweeting news stories with a broken heart emoji?

At this point, you’ve probably seen dozens of links on your newsfeed for organizations to donate to for disaster relief, but you may also be wondering where exactly your money and supplies are going – and with good reason. Not all charities distribute 100 percent of their collected resources in the way you might think. Before writing a check, Deadline suggests asking specifically what percentage of your dollar donation will go directly to the victims.

Or, instead of working with a large national foundation, talk to the actual victims to find out what they need and give to them directly (social media is a beautiful thing). 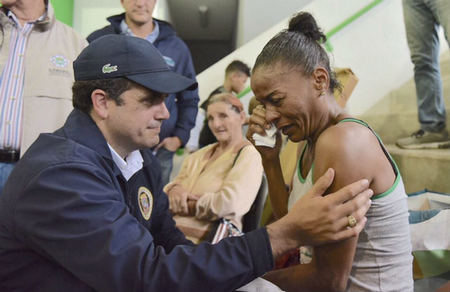 For more ways to make an impact on a local level in Texas, Florida, the Caribbean, Puerto Rico, and Mexico, below are some charities that really make a difference.

The Cantor Fitzgerald Relief Fund
This organization donates 100 percent of its contributions directly to those in need. It’s one of the only large-scale charities to do so, and the company has pledged to match up to $5 million in donations to Hurricane Harvey relief.

The Greater Houston Community Foundation
The foundation was founded by the mayor of Houston, and works to connect donors with nonprofits across the city. The Hurricane Harvey relief fund – which you can donate to by texting HARVEY2017 to 91999 – helps distribute donations where they’re needed most, from relief aid and temporary housing needs to food and supplies.

Texas Diaper Bank
Based in San Antonio, this charity helps provide diapers to those who need them, including babies, seniors, and the disabled. They partner with other non-profit agencies to deliver these supplies and ensure that needs are being met.

Want to help animals?
Check out the Houston Humane Society, San Antonio Humane Society, Houston Society for the Prevention of Cruelty to Animals, Austin Pets Alive!  and The SPCA of Texas. Each organization has its own requests – ranging from money to supplies to adoptions – so visit their websites for more information.

Volunteer Florida
The state of Florida’s official private fund is giving 100 percent of all contributions to disaster relief across the state. You can also find ways to donate your time.

Habitat for Humanity of Key West and The Lower Florida Keys
The well-known charity is working to rebuild the homes in South Florida that were destroyed by the storm.

Florida Gulf Coast Community Foundation
If you’re looking to give somewhere hyper-local, consider this foundation. It works with a collection of smaller charitable funds throughout Florida. You can decide where your donation goes, or they will determine where it’s needed most.

South Florida Wildlife Center
Florida’s wildlife is unlike any other in the country. Head here to help protect animals that were hurt or displaced by the hurricane.

GoFundMe Hurricane Irma Relief
Direct impact is the best impact, which is why GoFundMe has partnered with The Direct Impact Fund to help people throughout the Caribbean who were affected by Hurricane Irma. You can donate directly to the campaign, or island, of your choice.

Adopt a Family USV1
This allows you to sponsor a family in the US Virgin Islands and send care packages directly to those in need.

OXFAM
OXFAM is focusing its disaster relief on helping people’s immediate needs across the Caribbean. They are providing safe water, sanitation, and hygiene supplies to help prevent the spread of diseases like cholera.

Like so many islands in the Caribbean, the Dominican Republic was ravaged by the recent storms. Its government is accepting donations directly at DominicaRelief.org. 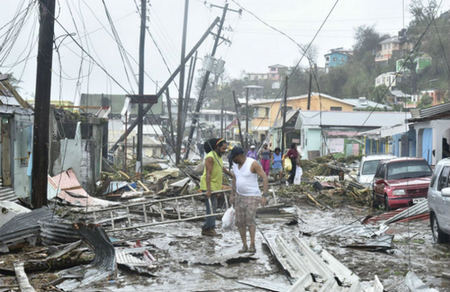 GoFundMe
You can donate across a number of smaller relief efforts for people affected by the earthquake in Mexico City.

International Community Foundation
Through the International Disaster Relief Fund, the ICF is working with local charities in Mexico to help meet short-term needs, like food and medical supplies, as well as aiding in long-term reconstruction efforts.

Project Paz
This NYC-based non-profit is currently collecting donations specifically for victims of the earthquake in Mexico.

Topos
The professional non-profit rescue brigade was founded in 1985 after another high-magnitude earthquake killed thousands of people in Mexico. If you can’t send money, the organization is also looking for donations of dry dog food to feed their rescue dogs. 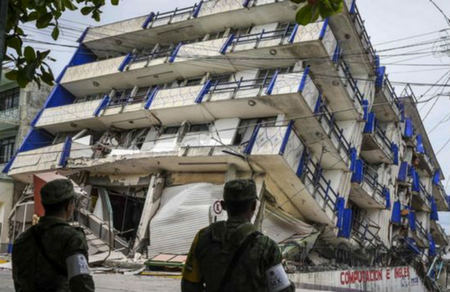 Puerto Rico Real Time Recovery Fund
All donations will go directly toward long-term relief efforts on the island. The fund is working with Connect Relief to gauge the needs of the community in real-time to determine where the money can be best utilized.

The Maria Fund
Created by a pro-worker, pro-immigrant organization called The Center for Popular Democracy, The Maria Fund is donating 100 percent of all contributions to long-term relief efforts for low-income communities of color, which can often be the slowest to rebuild after a disaster.

One America Appeal
It was originally started by all five living US Presidents (excluding President Donald Trump) to raise money for victims of Hurricane Harvey, but their relief efforts have since extended to include those areas affected by Hurricanes Irma and Maria as well.

Looking for even more ideas? Check out this list of the best organizations, or visit  Global Giving. 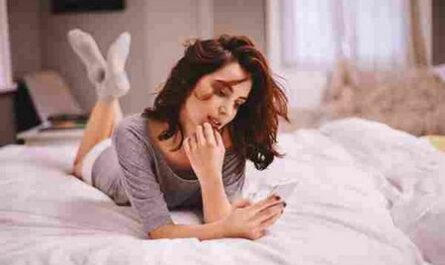 Are You Too Old to Be Sexting? 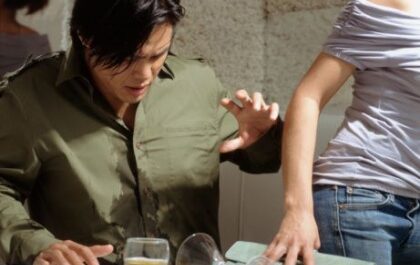 With a special approach, women can turn any man into an alcoholic