People in the global south are on the front line of climate change. As global temperatures creep upwards, the Intergovernmental Panel on Climate Change (IPCC) is forecasting rising seas eroding small island states1, declining food production in many regions of Asia2, water stress across Africa3 and major loss of biodiversity in South America4.

Developing countries have spoken out on climate policy. Links between climate justice and development are now accepted, as is the idea that nations have common responsibilities – emitters are liable for impacts felt elsewhere. Despite having emitted very little greenhouse gas themselves, the world’s least-developed countries and small-island states demanded that the 2015 Paris climate agreement require warming to be kept “well below” 2 °C, and that a 1.5 °C limit should also be explored.

But there is a limit to what populations threatened by sea-level rise, biodiversity loss, droughts and hurricanes can do. Mitigation of climate change is crucial. The emissions cuts agreed in Paris are not enough – they will take the world to a 3 °C rise (see go.nature.com/2u3ybkh). Adaptation is therefore essential. As the scale of the damage grows, more countries will turn to the “loss and damage” provisions in the Paris agreement. And these are vague: who should pay how much, and to whom, for lost farming or fishing livelihoods? What size of cheque would compensate for the destruction of coral reefs?

In that context, solar geoengineering – injecting aerosol particles into the stratosphere to reflect away a little inbound sunlight – is being discussed as a way to cool the planet, fast. The technique is controversial, and rightly so. It is too early to know what its effects would be: it could be very helpful or very harmful. Developing countries have most to gain or lose. In our view, they must maintain their climate leadership and play a central part in research and discussions around solar geoengineering.

Solar geoengineering is outlandish and unsettling. It invokes technologies that are redolent of science fiction – jets lacing the stratosphere with sunlight-blocking particles, and fleets of ships spraying seawater into low-lying clouds to make them whiter and brighter to reflect sunlight. Yet, if such approaches could be realized technically and politically, they could slow, stop or even reverse the rise in global temperatures within one or two years. No other way of doing this has been conceived. Removing greenhouse gases from the air would take decades, if it is even possible.

A decade of modelling research indicates that solar geoengineering might reduce many of the worst effects of climate change if deployed in moderation. For example, injecting 5 megatonnes of sulfur dioxide into the stratosphere – about one-quarter of that released by Mount Pinatubo’s eruption in 1991 – each year could keep warming below 2 °C. (However, there are likely to be limits to how much cooling can be achieved, especially under high greenhouse-gas emissions scenarios5.) Studies have found that solar geoengineering should also be able to reduce climate impacts on hydrology, redressing trends in which wet regions get wetter and dry regions get drier6. Lower temperatures would slow global sea-level rise7 and could curb the increasing incidence and strength of tropical cyclones8.

A decade ago, there were serious concerns that solar geoengineering might produce stark winners and losers and might disrupt the monsoons. Research has allayed these worries. For example, it seems conceivable that moderate solar geoengineering would benefit many regions that are vulnerable to climate change, with few losers. Monsoon rains would be affected less than if climate change proceeds unchecked9.

But solar geoengineering is no panacea; it could compound some risks of climate change. It would only mask the warming effect of greenhouse gases. Ocean acidification would still pose a threat to marine life if carbon-dioxide emissions were not slashed. Sulfur dioxide might delay ozone regeneration in the stratosphere. And whichever aerosol was used to filter out sunlight, more research would be needed on its impacts on health and the environment.

The overall effects of solar geoengineering are uncertain. All studies so far are based on computer simulations, which are poor at forecasting regional climates, for example. The Earth system might hold surprises that digital models do not capture. The projections require thorough and sceptical examination.

Furthermore, solar geoengineering raises difficult socio-political issues that cannot be wished away. It is uncertain how, or whether, the technique could be governed in ways that ensure prudence, accountability and justice. Who has the right to implement an inherently global technology? Would the technology weaken multilateral commitments to reduce emissions such as the Paris agreement?

These issues matter deeply to developing nations. But most solar-geoengineering research is being done in the well-heeled universities of Europe and North America. Unless that changes, voices from the global north will set the policy agenda and decide which research projects should be accelerated or shut down.

We are neutral on whether solar geoengineering should ever be used. It has not yet been established whether it would be a beneficial addition to meeting the Paris goals. We recognize its potential physical risks and socio-political implications. And we oppose its deployment until research into its safety and effectiveness has been completed and international-governance mechanisms established. But we are committed to the co-production of research and to well-informed debate.

Others have already taken sides. Some people in the global north have tried to convince their peers in the south that they should reject solar geoengineering. Campaigners who vehemently oppose it often make their case by emphasizing the risks and playing down the potential benefits10. We take issue with this paternalism and propose an inclusive way forward.

Developing countries must be in a position to make up their own minds. Local scientists, in collaboration with others, need to conduct research that is sensitive to regional concerns and conditions. For example, what effects might solar geoengineering have on hurricanes in the Caribbean, flooding in Bangladesh or agriculture in East Africa? Broader discussions among academics, policymakers, the public and public intellectuals are needed on climate risks and justice.

To begin this process, we (and the co-signatories of this Comment) have been running solar-geoengineering engagement workshops across the global south – the first of their kind – as part of the SRM Governance Initiative (SRMGI), in which SRM stands for solar radiation management. International and non-governmental, SRMGI was launched in 2010 by the Royal Society in London, The World Academy of Sciences (TWAS) in Trieste, Italy, and the Environmental Defense Fund in New York City. The regional workshops – held mostly in the past three years in Bangladesh, Brazil, China, Ethiopia, India, Jamaica, Kenya, Thailand, New Zealand (for the Pacific states), Pakistan and the Philippines – have brought together local climate scientists, journalists, policymakers and representatives of civil society to learn about and discuss solar geoengineering.

Participants had no consensus position on the technology. But they raised common hopes and concerns. In general, we found widespread opposition to deployment at this stage, but support for studies of local impacts. As a participant at the Nairobi workshop put it: “This idea is crazy … but we have to
understand it.” Many were sceptical about whether the methods would work and if developing countries, rather than more powerful governments, would have any say in how and whether solar geoengineering is deployed.

To fund regional research, this week, SRMGI issues the first call for applications to a US$400,000 fund called Developing Country Impacts Modelling Analysis for SRM (DECIMALS). The fund is administered by TWAS and financed by the Open Philanthropy Project, a foundation backed by Cari Tuna and Dustin Moskovitz (co-founder of Facebook and the project-management app Asana). Developing-world scientists can apply to DECIMALS for funds to model the solar-geoengineering impacts that matter most to their regions. International collaborations will be supported and researchers will be asked to run local workshops to promote wider discussion of the implications of their findings.

Further outreach and research in the developing world will require extra support from governments, universities and civil society worldwide. Research funders in advanced economies should fund collaborations with scientists in developing countries. We would like to see an IPCC special report on the risks and benefits of solar geoengineering. Ultimately, a coordinated global research initiative – perhaps under an organization such as the World Climate Research Programme – is needed to promote collaborative science on this controversial issue.

Solar geoengineering is fraught with risks and can never be an alternative to mitigation. But it’s unclear whether the risks of solar geoengineering are greater than the risks of breaking the 1.5 °C warming target. As things stand, politicians will face this dismal dilemma within a couple of decades. It is right, politically and morally, for the global south to have a central role in solar-geoengineering research, discussion and evaluation.

A.P. works for the Solar Radiation Management Governance Initiative, which is funded by the Open Philanthropy Project. 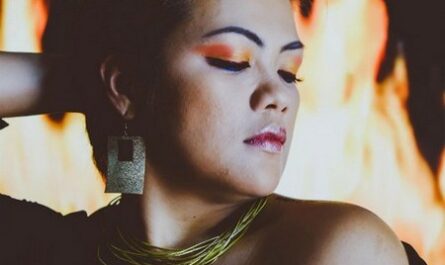