August is prime time for summer travel, and if you haven’t planned a trip yet, now is the time to do so. Beyond the sun and sand, there are plenty of reasons to visit Nantucket, Massachusetts, which will host a design festival at the beginning of the month.

On the west coast, the Emerald City entices with its Pacific Coast charm, perfect weather (for this time of year, anyway), and an art fair that’s becoming a major attraction.

There’s no bad time to visit the California Wine Country, but Sonoma is especially enticing in August, when you can partake in the long-standing Art in the Redwoods Festival. In South America, the Brazilian metropolis of São Paulo will host its annual design festival, drawing design fans from across Latin America and beyond. Finally, Scandinavia comes alive with long, warm days, and Aarhus, Denmark, in particular is worth a trip for its annual festival.

The Seattle Art Fair is returning for its fourth year August 2–5 with over 100 exhibitors from 36 cities around the world. In addition to booths by such heavyweight galleries as Gagosian and David Zwirner, there will be unique and quirky displays, including robot performances and 14-foot-tall puppets.

Consider staying at The Edgewater Hotel on the waterfront, which recently revamped its Beatles Suite (the band famously stayed there in 1964 and was photographed fishing through the window of their suite). For a more modern option, the Thompson Seattle is a favorite among design lovers for its sleek design by AD100 firm Olson Kundig and its hip rooftop bar. 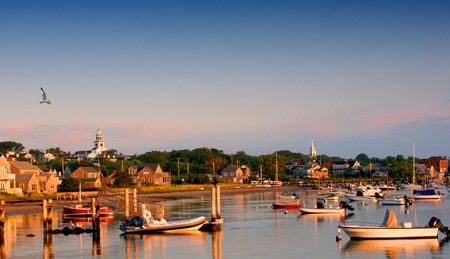 Wine lovers don’t need much of an excuse to visit Sonoma, but the 57th annual Art in the Redwoods Festival at Gualala Arts (August 18–19) is another reason to go. Started in 1961, the festival has grown to become a major event with hundreds of works by artists and artisans from near and far.

The California Wine Country boasts a wealth of fantastic boutique hotels in both Napa Valley and Sonoma, including the cool new Calistoga Motor Lodge Spa designed by AvroKO and Las Alcobas Napa Valley, which opened last year with a beautiful design by Yabu Pushelberg. Be sure to check out Scribe Winery, a favorite of San Francisco’s top chefs which debuted its renovated Hacienda last year.

DW! São Paulo Design Weekend, Latin America’s largest design festival, will take over the Brazilian metropolis the weekend of August 29–September 2. Though it’s known more for business than art and design, the city has a strong street art culture and some sophisticated hotels and restaurants that aesthetes flock to.

Book a room at the classic Palácio Tangará – an urban retreat set inside Burle Marx Park – or Hotel Unique, whose bold architecture and hot rooftop bar are iconic in São Paulo. Ask the concierge to get you a coveted table at D.O.M., the modern Brazilian restaurant that was just named number 30 on the World’s 50 Best Restaurants list.

After a long, cold winter, Denmark comes alive in the summer, offering locals and visitors plenty of enticing things to do to celebrate the season. One of the best ways to delve into Danish culture is to attend the Aarhus Festival, which kicks off August 31 and continues through September 9.

Ever since it was named last year’s European Capital of Culture, this small city has been enjoying an increased cultural cachet. It doesn’t hurt that Your Rainbow Panorama by Olafur Eliasson at the ARoS Aarhus Kunstmuseum is one of Denmark’s most Instagrammable sights. We recommend combining Aarhus with a stay in Copenhagen.

A favorite of Bostonians, the quaint island of Nantucket will host Nantucket by Design August 1–4. Organized by the Nantucket Historical Association, the festival will open up private homes and historic sites for panel discussions, cocktail parties, and dinners, including a night at the Whaling Museum.

Stay at one of the island’s charming historic hotels like the White Elephant, which debuted a new Lilly Pulitzer suite this spring, or The Wauwinet, Nantucket’s only Relais Châteaux member. Embrace the season with lobster rolls from Straight Wharf Fish Store or the more formal Straight Wharf Restaurant. 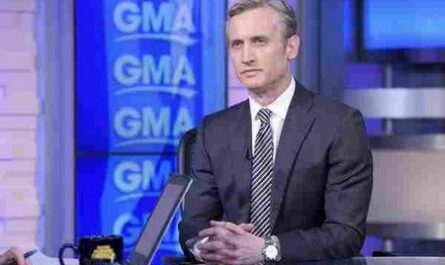 Dan Abrams Has Listed His West Village Triplex for $8.79 Million