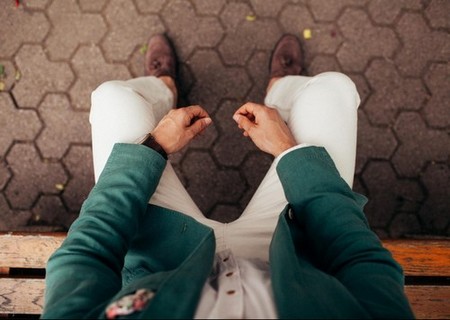 Dear dudes: I get it. I do. A few years ago, when the term “manspreading” entered our collective lexicon, many of you made a begrudging effort to zip your legs closed on the subway. After years of arranging your bodies on crowded trains in the same way you might on your own personal couch, you heeded the MTA’s passive aggressive “Dude … Stop the spread” signs, and filed into those sardine-sized spaces with your legs zipped together like us gals have for, well, ever. Maybe it was the signs, or maybe one too many feminist bloggers sat on top of you, but you did it. I know it was tough on your testicles (sorry?), and so I, on behalf of all public transit-riding women, appreciate it. And yet, I feel obligated to point out that manspreading is still running rampant in other, less obvious places, where I’m concerned a sign on the wall isn’t going to do much good. I fear that, in these situations, you might actually have to take the initiative to control your appendages, and maybe even occasionally request that your bros do the same.

This summer, I attended a series of concerts by one of my favorite bands. Being at shows multiple nights in a row gave me ample time to observe the behaviors of my fellow concert-goers, and while most people were friendly, respectful, and fun, I inevitably encountered some who were not. Concerts, like subway cars, are crowded places where personal space is at a premium, and there’s an unspoken rule that while you’re going to be up in each other’s faces, especially when things get weird and dance-y, no one person should be taking up a significantly larger amount of room than anyone else. And yet, there’s always that guy – and sorry, but nine times out of ten, it is a guy – who’s all over the place, limbs flailing, doing everything he can to take up as much room as possible. Sure, alcohol and other stimulants are a contributing factor to this kind of behavior, but it also happens in non booze-fueled situations like at the gym, in crowded restaurant booths, and even on the sidewalk.

Also, it’s not just about being oblivious to what’s going on around you. Multiple times, while dancing at these shows next to my boyfriend or male friends, I observed men I didn’t know, often those standing directly in front of me or behind me, encroach on my space in a way that I did not see happening to the guys. I’m talking practically – if not literally – stepping on me. And, before you get on my case, please understand that I’m not being overly sensitive here. I go to concerts often, and I get that it’s a raucous environment where you have to hold you own. But does holding my own necessarily mean that I have to interrupt everybody’s good time to verbally request that you not put your body directly in the path of mine? I wonder if, perhaps, this crowding happened to me and not my male friends because they too were manspreading? What happens when two men are manspreading in the same direct vicinity? Dear dudes: Please get back to me on this.

I asked actress Kelley Rae O’Donnell, a well-known anti-manspreading activist, for her take on the matter, and she recalled a similar experience: “Last week, I was at a job interview and rows of benches designed for about twenty people to be able to sit were completely filled by six men manspreading. Knees to knees! Asking them to move was met with moans and grumbles. They made it clear that their moving was an inconvenience to them. I asked two to move, politely, and several other men and women asked, as well. We were all met with the same vitriol,” she said. “Worse, I was at a concert recently, and the man next to me had his legs spread far enough apart when I arrived at my seat that his right knee was in the middle of my seat. I said “excuse me” as I went to sit, he barely acknowledged me, and I had to sit on his knee. He took that as me hitting on him, not as me trying to claim the seat I paid for, and he proceeded to act extremely inappropriately.”

Anecdotal evidence aside, it’s not hard to prove that manspreading exists, and that it ranges far beyond the context of the subway car. In a study of personal space practices, scientists concluded that the men they observed reduced their body distance when interacting with virtual females more than they did with males, while women treated both genders more or less equally. In 2015, labor organizer Beth Breslaw experienced this firsthand when she conducted a social experiment in which she stopped moving out of the way for men on the sidewalk. “So far, she has collided with 28 men,” her sister, the writer Anna Breslaw tweeted at the time. Writer Jessica Roy later coined the term “manslamming” to explain the phenomenon of guys assuming that women would be the ones to move out of the way on crowded streets.

To be fair to you, dudes, it’s also not hard to figure out why manspreading, manslamming, and mandancing occur as often as they do. While girls are quietly instructed to make themselves smaller – through the cultural obsession with thinness, the emphasis on teaching little girls “manners” that amount to apologizing for things that aren’t their fault, and behavioral modeling from adult women – men are basically taught the opposite. In the words of Chimamanda Ngozi Adichie: “We teach girls to shrink themselves, to make themselves smaller.”

I’m not sure what she would say we teach men to do. “I think throughout our world’s history, we see men of power – political, financial, sexual – with an attitude of “I take what I want,” regardless of others’ needs or existence,” O’Donnell says. “Manspreading shows a lack of awareness and/or compassion to acknowledge that we are all here in this time and place together.”

Dear dudes: I get it. I do. I get that your balls feel cramped and society has made you think that’s a legitimate excuse to move your body however you want, regardless of how it affects the other people on this planet who weren’t trained to behave this way. But short of spending all day purposely bumping into you, lecturing you about it, and perhaps sending you off with an extensive reading list of feminist literature, I’m not sure how to get you to stop stealing my dance space at concerts, not to mention thoughtlessly slamming your cart into mine during the after-work Trader Joe’s rush. So, please advise.

I went on a virtual date every night for a week 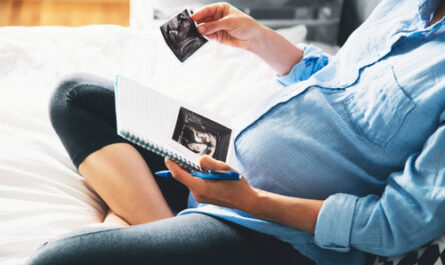