The theory of crises in family relationships can justify any problem, regardless of its type and length of living together. Nevertheless, it happens that the crisis does not come on schedule or is delayed and does not go away at all. In this case, it is usually said: “Our relationship has reached a dead end,” thus shifting responsibility to unknown life circumstances.

The fact that it leads to a dead end family relations, and whether it is possible to reverse the situation, if you are already on the verge of divorce, recognized the correspondent of SHE.

Sometimes people do not know why they can not get along together. The reasons can be listed endlessly, interrupting and blaming each other. Most often they are reduced to several.

“This is the psychological immaturity of the partner and a low communicative culture,” says Krasnoyarsk psychologist Anna Sorokoumova, the center “Synthesis Market Hall.” “Often people, when entering into marriage, have a vague idea of ​​themselves, can not clearly express what they want, can not listen, can not take the place of a partner, understand his feelings, are not ready for trust and intimacy.” 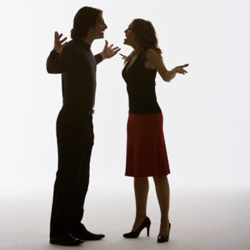 In addition, the idea of ​​marriage and its role in it may absolutely not coincide with reality.

“Often young people have some idea about their future family life before marriage, but it is often fragmentary, it touches certain spheres of life, and other important spheres are not affected, ” says the director of the Anti-Stress Center, psychotherapist Maxim Zagoruiko. “Often, attention is paid only to what a partner should do, what needs he must meet.” As a result, frustration is accumulated, and thoughts and feelings are either hushed up or voiced in the form of demands.

Growing discontent sooner or later leads to the thought that it is impossible to live like this anymore. But there are many reasons to stay: fear of the unknown, pity for children who “will remain without a father” (which is not necessary), or to the spouse who can “not cope with this loss” (also not a fact). According to Maxim Zagoruiko, the situation when the family is kept only because of the children is extremely difficult for the child.

In this case, too much work is put on him – he holds the marriage and therefore he can not grow up, otherwise the marriage of the parents will disintegrate. In adolescence, such a child may have problems, for the solution of which parents will have to unite. 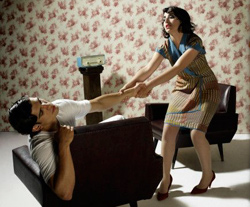 If for some reason a woman pities a man and therefore does not quit, the feeling of pity acts as a stabilizer of relations, so this situation can last a long time. But the risk is great to turn from a rescuer into an aggressor, making the man himself guilty for his sacrifice.

“Partners for years torture each other, subconsciously bargaining with themselves, removing the inner guilt:” I already suffered enough – now I can already go, “

– comments Anna Sorokoumova. – In this situation, you act like a “pitying” master, who cuts his tail off his dog every day by a centimeter, instead of making it all in one fell swoop. In this case, for both the horror of the end is better than the endless horror. ” An alternative to parting in this situation may be to shift attention to a new stabilizer of relations.

The prospect of divorce can cool the ardor of the most heated debaters. Intimidation by divorce or even a temporary withdrawal from home is sometimes actively used in family life, so a helpless parent is threatening a belt with a child who is not too ruffled. As a stick is a truce. “Such a relationship can exist for a long time,” says Maxim Zagoruiko. – It reminds of a kind of dance, where rapprochement and separation alternate. For example, the couple converge, soon the husband gets tired of this intimacy and for a while lives separately, then begins to get bored and returns. ” In such a simple way one of the partners tries to change the situation and get a profit, having achieved, for example, a more loyal attitude. But the effectiveness of this method is extremely low, says Anna Sorokoumova.

The point of no return

“To live together or not to live?” – women ask mothers, girlfriends, forums and even in the comments to articles. Are there any criteria by which you can determine whether it is worth staying in a marriage or parting inevitably? “There is no point of no return in this situation,” Anna Sorokoumova is sure. “It’s not that people can not change anything, the fact is that they do not want to change anything.”

According to the psychologist, a divorce can be objectively conditioned if one of the partners is a drug addict, alcoholic, has a psychiatric illness, is pathologically aggressive or manic stingy. In other cases, the spouses have a great opportunity to change through joint problem solving. 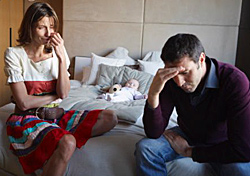 In the opinion of the psychotherapist Zagoruiko, there is a situation for divorce when the interests of spouses for a long time contradict in different spheres of life (sex, power, money, raising children, marital fidelity). It is important that the spouse is uninteresting, there is no desire to make efforts to solve problems – or there is indifference, or there is a desire to blame the partner for everything that happens.

A new twist The

preservation of the family is possible only in the case of mutual desire of partners. You can change the situation either on your own or by contacting a specialist. “If the family is on the verge of a break, this only indicates that the spouses lack the problem competence,” explains Anna Sorokoumova. – When there is a problem – it must be solved, but not run away from it. Problems not solved in the first marriage are automatically transferred to the second. Nowhere in the world are there “ready” ideal partners, we “create” each other. ”

In the event that you choose an independent solution to the problems, Maxim Zagoruiko recalls where to start:

• Try to emphasize in every way the sense of personal worth of a partner, praise it. If there is a need for criticism, it is better to prefer the form of three-stage statements: first, talk about what feelings you cause a certain behavior of a partner, and then – about how you would like it to change. For example: “When you shout at me, I get scared and angry, I would like you to talk to me calmer.”
• Emphasize the community with the partner – not only in words, but also in deeds. For example, you can discuss which joint actions you get positive emotions from, and try to incorporate it into everyday life.
• Listen carefully to the partner, try to stand in his place, express empathy.

“We are looking for a partner with whom we will quickly and completely satisfy our needs and achieve a” dream come true. ” We are a resource for each other, we are a single army that helps us to withstand the hardships of this world, “recalls Anna Sorokoumova. – Immature partners, when marrying, begin to wage a civil war – to destroy each other. There is no one nearby who would tell us about it. “ 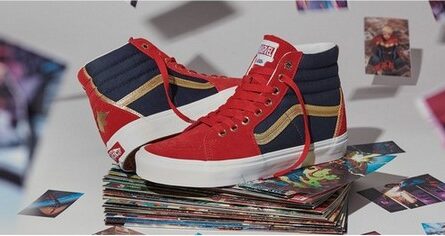 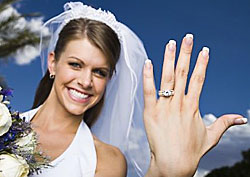 American fight, I’ll leave with you