In the abstract, the idea of a 53-acre Christmas-tree farm with a reasonably intact 1800 farmhouse in the Hudson Valley sounds utterly charming. The reality of transforming such a picturesque spread into a gracious family compound geared for 21st-century life is another matter altogether.

For the past 12 years, interior designer Darren Henault and his husband, attorney Michael Bassett, have moved, well, if not heaven, then mountains of earth to create their sanctuary in the Arcadian hamlet of Millbrook, New York. The process involved a dramatic overhaul of the sprawling landscape, architectural additions and upgrades, and plenty of good, old-fashioned decorating. But first, there were the conifers.

Bunny and Lulu Henault-Bassett at their family’s house in Millbrook, New York.

“We had to relocate about 3,000 trees,” Henault recalls, laughing at the scope of the undertaking. “The idea was to return the back fields to something closer to their natural state. So we donated lots of trees to the town of Millbrook one Christmas, and we gave away as many as we could to our friends and anyone else who wanted to dig one up. We also kept about 500 trees and replanted them to form hedges, although we found out over time that certain evergreens don’t make brilliant hedges. It was exhausting,” he adds wryly.

Henault and Bassett collaborated with Janice Parker Landscape Architects of Greenwich, Connecticut, to reimagine the property as an eminently hospitable refuge for themselves, their two daughters – ten-year-old fraternal twins Bunny and Lulu – and the family’s frequent houseguests. “All of that open space was slightly overwhelming, so we broke it down into a series of variously defined outdoor rooms,” Henault explains, pointing to the apple orchard, flower garden, alfresco entertaining areas, and pool, all of which have been added since the couple acquired the land in 2006. Says Parker, “Our goal was to introduce the new elements in a way that weaves the existing and new landscapes together into a cohesive experience.”

I wanted to create a home that looked as if it had grown organically over the decades and centuries.

Two years ago, with the help of New York City–based architect Michael Goldman, Henault orchestrated a major renovation of the house that was specifically designed not to look major. Along with a new entry/mudroom and a covered porch off the kitchen, the primary addition they devised encompasses a bedroom for the girls, perched above a light-filled family room with a distinctly different character than the rest of the home. “My husband, Michael, had kept a picture for years of a David Hicks house that had enormous windows that went all the way to the floor. It’s something he always wanted, so we created a kind of garden room with walls of windows where we can hang out with the girls. I made the sofa extra deep so we can all pile on together,” the designer says.

Goldman and Henault took advantage of a dip in the grade of the land to give the new family retreat a higher ceiling than the home’s original rooms, without disrupting the existing roofline. “We wanted to restore the house’s early-19th-century DNA while growing it in a way that feels both deferential and appropriate for today. The work we did was extensive but discreet – the initial structure remains the primary visual object in the landscape,” Goldman offers.

Within the home’s original rooms, Henault’s decorating scheme nods to authentic period flavor without pretense of sober historical verisimilitude. “I wanted to create a home that looked as if it had grown organically over the decades and centuries. That idea gives you wide latitude in the kinds of things that can feel comfortable here,” Henault says, illustrating his point with the roster of furnishings and materials assembled in the living room – 19th-century tables and chairs of American, English, and French descent; original pine floors and a zebra rug; vintage and contemporary photography; antique needlepoint and contemporary cut velvets. The designer’s fondness for pattern-on-pattern playfulness – and his antipathy for monochrome minimalism – also finds eloquent expression in the master bedroom, where yellow gingham-upholstered walls mingle amicably with toile bed hangings and floral curtains. 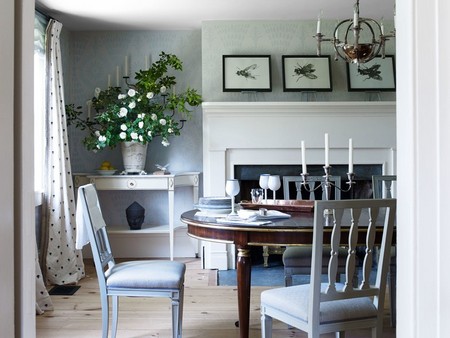 Henault and Bassett are both accomplished equestrians, and much of their time in the country is spent among Millbrook’s horsey set. At home, however, the kitchen is the center of the couple’s social universe. “Michael is a true gourmet chef. I like setting a table, and he likes filling it with good food,” Henault says, explaining not only the division of labor but also the designer’s obsession with tabletop finery. Casual meals are served at the kitchen table, a custom piece that replicates a Portuguese antique the designer lost at auction. More formal(ish) affairs unfold in the serene, Scandinavian-inflected dining room.

“We made our house bigger so it could be filled with people. We have guests over constantly. It’s like inviting friends into your psyche,” Henault observes. “And what’s the point of having great stuff if you don’t share it?” What’s the point, indeed. 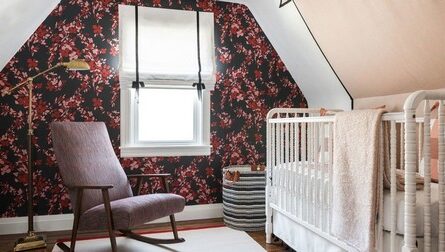 These Nursery Design Tips Will Make Your Child Smarter 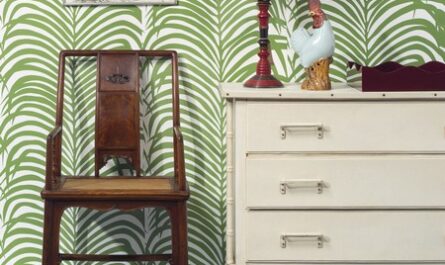 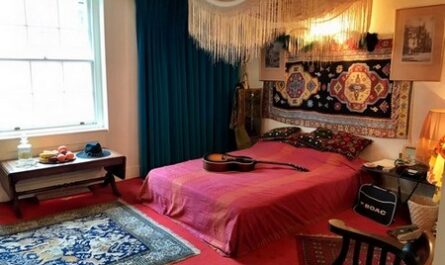 Jimi Hendrix’s Home in London Is Open to Visitors