Sure, in Big Little Lies it’s the young Amabella who has an anxiety attack when she learns about climate change, and eco-anxiety is a huge problem for millennials. 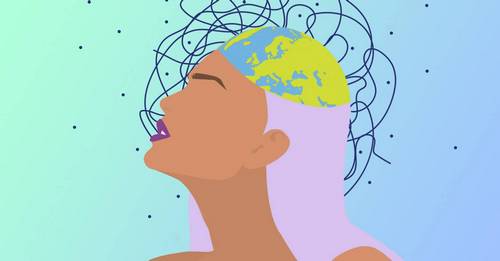 From the moment we wake until the moment our heads hit the pillow again, plastic is everywhere. And now, along with the plastic, I’ve realised a very specific form of anxiety: Plastic anxiety, triggering what I’ve now come to call Planet Attacks.

There was even a climate change paper that was so strongly worded, people went to therapy to deal with it.

And then there’s the celebs – they feel this too. Everyone from Katy Perry and Miley Cyrus to Snoop Dogg joined in with Lil Dicky’s new video for song, Earth.

But the panic doesn’t stop as you reach 30, or 40. In fact, it can escalate – like it does for the Big Little Lies mums – to women like me, who worry about the planet we’re leaving behind for the next generation. Mums or not, every game or treat you buy a child comes with a plastic wrapper, box or coating that leaves a terrible taste in your mouth.

Thankfully I’ve not passed out yet like young Amabella, but I can relate. There is panic, delay (I have come close to missing a train because I’ve been worrying about where my re-useable water bottle is on the way to a day of meetings). My lunchbreaks when I’m working in-house are thwarted by deliberation over which salad or sushi is in the least non-recyclable packaging.

This month, July is Plastic Free Month. An initiative from the marine conservation society, it’s brilliant – challenging you to reduce or even give up single plastic use. To recycle more contentiously and to be aware of where you could avoid using plastic. Coupled with David Attenborough’s speech that silenced the Glastonbury crowd and the recent BBC series, War on Plastic, our consciousness has arguably never been higher.

Just like many other people, I try my best to avoid single-use plastic. But, often, it’s utterly unavoidable. And I’ve found myself having planet attacks – moments of worry, anxiousness and confusion about my plastic use – from beauty and food to the clothes I’m wearing – every day. They’re taking over my every waking moment. Guilt-laden days from shampoo to salads right through to our gins in tins and meze on the ‘train picnic’. Flinging the recycling in the shared bin outside my flat, worrying if it’ll end up in the sea or landfill or really be ‘a bottle again’ like the bottle of water said. Buying my lunch and eating with a knot in my stomach as I don’t know where the container will end up. When there’s no recycling option when I’m out and about, I put my litter in a bin (which used to make you feel worthy) and now feel like I’m adding the mounds of plastic burning in other countries.

Please don’t think I’m making light of climate change. These feelings are strong, real and come daily, if not hourly. And don’t just take my word for it. Planet Attacks are happening on holidays – 74% of Gen Z and millennials told Keep Britain Tidy they are ‘triggered’ with guilt when they go to the beach and see plastic litter. In fact, almost two thirds (60%) experience eco-anxiety when seeing tourist destinations littered with plastic and no sustainable facilities to dispose of it.

My Planet Attacks begin first thing in the morning. Lathering up the shampoo and shower gel, I find it hard to lose myself in the aroma of the new product I’ve bought as a treat as I look at the plastic bottle it’s housed in. Why don’t I have soap (I like shower gel!). When the shampoo bottle is finished, I look at it, guiltily, worrying if it’s recyclable if I don’t wash it out somehow.

Then, as I dress, I put on a panty liner – I know these are plastic because I’ve seen a dress made from some which washed up on a beach, clean but intact. And they come in plastic wrappers, which look all the more sinister, somehow during this regular planet attack, because they are covered in little flowers and they’re pink.

Moving on to my working morning, there’s everything from a plastic biro pen to my phone cover, which I know I’ll need to replace once I upgrade.
At lunchtime, I’ve failed to make my own packed lunch (I don’t want to every day, if I’m honest) and when I’m working in an office will often treat myself to something like sushi or a pre-packed salad. Sitting eating the sushi, unwrapping sachet after sachet of ginger and soy sauce, then decanting them into a little plastic pot to dunk the sushi into, my appetite wanes. All this plastic is sticking in my throat. Another planet attack, right there.
If it is my own packed lunch, the ingredients (salad, meat) will have come from more single-use plastic so the worthiness of a home made lunch is negated.

I know I’m not alone in having developed a sense of plasticanxiety. Plastic panic, if you will. I, like my friends and other women in their 30s and 40s, am worried, daily, about whether I’ve done the right thing. I was selling at a car boot sale at the weekend, and I felt terrible at all the plastic stuff we all had to sell. I was doing my bit to pass things on, but still, it’s a huge problem. Everyone exchanging plastic for money, sitting on plastic tables, hanging on plastic clothing rails. Make up in plastic packaging, the online shopping order where every item arrives in its own individual plastic bag. The joy of a jumpsuit arriving also comes with the non-returnable guilt of knowing more plastic is in the bin because you didn’t go to the actual shop. With your own tote bag.

The thing with planet attacks, is I think we’re all starting to feel this guilt, and worry, but we don’t know what to do because it’s just… everywhere. We can’t buy a salad in our own Tupperware – even if they decanted it, they’d still need to get rid of the container. Pret, for example, has started only giving out cutlery at the counter, not having piles of it at the door. But it’s still plastic, if you’re on the go. I berate myself for not carrying a re-useable fork, and again when I hear the fizz of opening a bottle of sparking water I’ve bought. Forgetting a bag at the supermarket makes me feel like a pariah as I say yes to a 10p plastic bag I know I won’t need after that one shop.

Then, when I do put something in the recycling, I worry it won’t end up in the right part of the process. Friends share their stories, too. One has had a household of nits, because they stopped using the plastic-bottled nit shampoo! She is often triggered into a planet attack by her kids challenging her plastic use (she now uses solid shampoo but went back to plastic-packaged deodorant, which she felt guilty about). Another agrees with me that when she throws plastic away, or sees someone else do it, she feels a level of anger that it’s gone in the bin, and not recycled.

We feel, literally, rubbish, about our plastic use. And, try as we might to change our ways, until the suppliers stop handing everything out in plastic packaging, and the councils find better ways to recycle, we’ll all be suffering a lot longer. 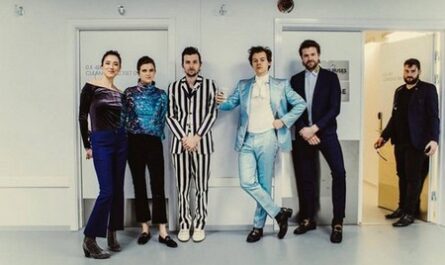 Chloë Sevigny Is Still a Cool Kid, Even in Her 40s 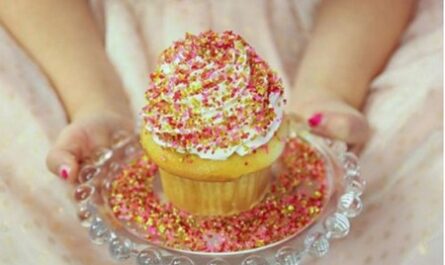 Edible Glitter Is On Everything – From Cupcakes To Pizza – But Is It Really Safe To Eat?