Volvo Cars launched their first mini SUV the XC40 in September 2017, right about the same time Jaguar launched their rival version the E-Pace. Though the mini SUV market has become saturated, the XC40 has stood out as a favourite. This year, Volvo Cars have introduced two new variants of the XC40 for us to get excited about.

Thanks to the likes of eco-warriors like David Attenborough and Greta Thunberg, keeping the planet cool is at the forefront of most of our agendas. We’re all looking for as many ways as possible to reduce our carbon footprint. While driving petrol cars has a huge impact on global warming, Volvo Cars have launched a new and more-sustainable way of driving that’s cleaner and safer for the planet and everyone on it.

In September, Volvo Cars launched the XC40 T5 Twin Engine petrol-electric hybrid. Hybrids use a traditional petrol/diesel engine combined with a battery-powered electric motor. They can drive solely on electric charge for short journeys. The T5 Twin Engine has a lithium-ion battery provides all-electric driving range of up to 28.6 miles, a 1.5-litre petrol engine with 82hp electric motor and a front-wheel-drive hybrid system that uses 180hp three-cylinder. It’s charged by being plugged in, or through regenerative braking whilst on the move. Volvo are even encouraging buyers by offering free electricity for a year with every model. 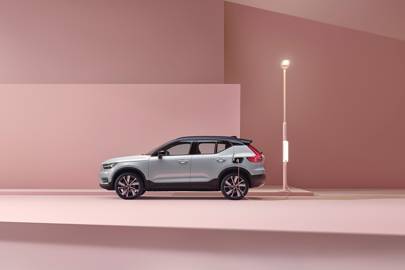 The second is the XC40 Recharge, the company’s first ever fully electric car and the first model to appear in its brand-new car line concept that ensures all pure electric cars from Volvo from now on will be named Recharge. It will offer a driving range of more than 249 miles on a single charge and output of 408hp. The battery charges to 80% of its capacity in 40 minutes on a fast-charger system and it reaches 62mph in 4.9 seconds. A true urban mini SUV that we can drive without feeling guilty for the planet. It comes in eight fabulous colours, our favourite is the black. 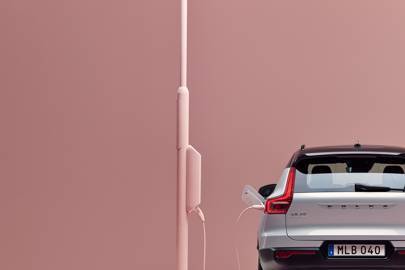 Volvo doesn’t stop their with it’s pledges to give us the best experience on the road and to help protect our future. Over the next five years, Volvo Cars will launch a fully electric car every year, as it seeks to make fully-electric cars 50% of global sales by 2025, with the rest hybrids. Recharge will be the overarching name for all chargeable Volvos with a fully electric and plug-in hybrid powertrain. The new year’s resolution for Volvo in 2020 is to ask every customer entering the Volvo Cars website whether they want a Volvo Recharge car or not. 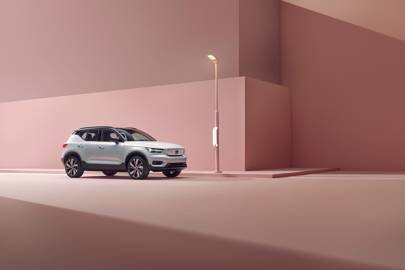 Between 2018 and 2025 Volvo Cars aim to reduce its lifecycle carbon footprint per car by 40%. This is the first, tangible step towards Volvo Cars’ ambition of becoming a climate-neutral company by 2040. The plan is actioned in-line with the global Paris climate agreement of 2015, which seeks to limit global warming to 1.5 degrees Celsius above pre-industrial levels. Some serious moves by Volvo. Dear Santa…

Skip the Posture Corrector and Try These Doctor-Approved Tips Instead