Josh in Clueless. Joe in You’ve Got Mail. Mark Darcy in Bridget Jones’s Diary. Rom-com heroes are some of the biggest fan favorites in film. 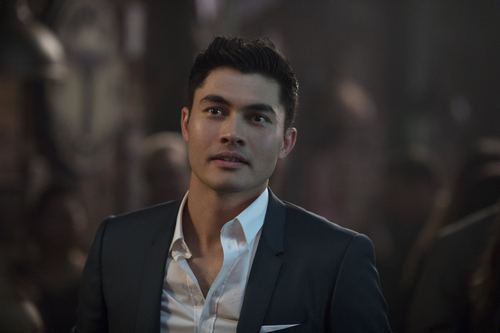 More and more, they’re played by established actors with built-in fan bases, although that’s not always the case: some of your favorite characters were played by actors before they were famous! With the upcoming release of Crazy Rich Asians, it looks like we might have a new leading man to love.

Actor Henry Golding plays Nick Young, the handsome and brilliant history professor descended from Singaporean wealth who’s one half of the film’s central couple. If you’re wondering why he doesn’t look too familiar, well, that’s because he’s a relative newcomer. But not to worry, we’ve put together all the info we can on your new Summer movie crush.

Crazy Rich Asians is, it turns out, Golding’s first feature film role! But it won’t be his last. He already has another movie, A Simple Favor, in postproduction, scheduled for release in September of this year and also starring Anna Kendrick and Blake Lively. He’s also been cast as the lead in Monsoon, a drama currently in preproduction.

Even so, Golding is no stranger to being on screen. He’s spent the past four years as a host on a British TV show, BBC’s The Travel Show. In 2017, Discovery aired an episode of Surviving Borneo in which Golding appeared, where he brought along a camera on his two-month-long traditional coming-of-age rites.

You’ll have to watch when Crazy Rich Asians hits theaters this month to see Nick Young sweep Constance Wu’s Rachel off her feet!

I ditched my braids and embraced my natural hair for lockdown

5 thoughts on “Crazy Rich Asians: You Might Not Recognize Nick Now, but You Will”