“Good morning. I’m your doctor. How do you feel today?”

“You are in the hospital, and I’m your doctor. May I have a look at your leg?”

“Not today, Cousin Pam. But you call Uncle Andy and we will have a meeting, and he will tell you it’s all good and where we will go, and he generally knows this stuff, you just have to call him, arrange a phone call, or tell him to be here….”

Mr. J. is a new patient with a diagnosis of sepsis and probable delirium on a background of schizophrenia initially diagnosed 40 years ago. Now 60, he lives alone in supported accommodation, although the fact that he’d absconded a week before being found makes me wonder how supported he really is.

“What happened to you?” I ask.

His calf is ripe with infection – red, angry, and disfigured. A sorry-looking crepe bandage swirls around his ankle as a hapless trainee nurse talks him into letting her clean the gaping wound.

“Is something wrong with my leg?” he asks.

Spotting an opportunity for dialogue, I say gently, “I am not Cousin Pam. I’m your doctor, and I’d like to help you get better.”

In a blink, his thoughts turn tangential again, and he launches into a loud rant that compels us to move away to discuss what to do about him. A facility manager and a psychiatry consult confirm that he is not delirious, rather he is a somewhat more agitated version of his usual self. In the emergency department, hunger, dehydration, and untreated sepsis had made him docile enough to submit to investigations, but now he has yanked out his IV and pulled off his dressing. Politely but firmly, he asks the staff not to touch him, but he is not beyond hitting out with his strong arms if they won’t listen. 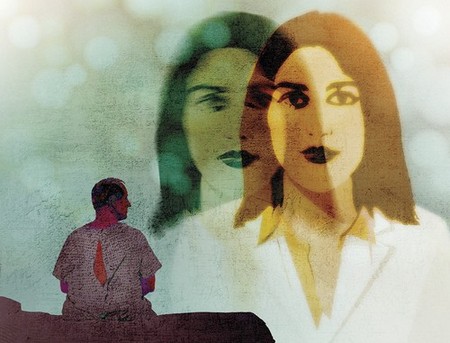 Every usual intervention must be reconsidered. My intern wants to reinsert an IV, but fearing a needle-stick injury, I say no. I want to exclude a clot in his leg, but Mr. J. barks at the radiographer. The physical therapist tries to get him out of bed, but he says no, thank you. Blood draws are simply out of the question. We get by on oral antibiotics, wound care when possible, and on some days, the wings of a prayer. The psychiatrist adjusts his doses of antipsychotics and mood stabilizers but suspects there is little scope for improvement in what appears to be long-standing, treatment-refractory disease. Left unexpressed is the recognition that his mental illness wasn’t adequately diagnosed and treated in the first place, which led to all the downstream complications.

Patients like Mr. J. can be a headache to look after, variously branded intransigent, noncompliant, and self-destructive. He is all those things, and chances are that if he had allowed tests, we would have been treating the results, not the man. But without scans, daily blood tests, and fretful relatives, we suddenly have time and the need to be “old-fashioned” clinicians and talk to the patient, even if he rarely makes sense. Every day, my whole team visits his bedside, chipping away slowly at his wariness, even when we can barely hear ourselves above the racket he makes. I want him to recognize, somewhere in the recesses of his mind, that we care. I observe to my residents that though his leg is slow to respond, he looks reassuringly well – all the while wondering whether he will die from a treatable illness on my watch. When he surpasses the expected length of stay, I am asked about my “plan,” as if I have been sitting on some grand scheme for getting through to him.

“Cousin Pam!” he exclaims after a weekend. “I thought I’d never see you again. Where have you been?”

“I am still here, we are all here,” I reply, stirred by his very human experience of loneliness on a buzzing ward. We assume that mentally ill patients have no experiences we can relate to, but this exchange forms the beginning of an affectionate bond between the patient and the treating team.

I can’t find out who Cousin Pam is, but I wonder why she occupies such a significant place in his mind, and I feel strange about being mistaken for someone who is obviously dear to him. But now more than 2 weeks into his admission, I decide not to object to the association – anything to allow me to treat him and get him out of the hospital. To my surprise, it works.

“Cousin Pam, I’ll do whatever you ask,” he grants me.

“Let me do a blood test,” I say. I suppress a smile at the thought that he has no idea how unusual it is to spend 2 weeks on the ward and avoid all tests.

“Then I will have to rely on my clinical skills,” I jokingly protest.

“Or call Uncle Andy and he will fix it and go to the shops,” he offers.

Inexplicably, this non sequitur disarms me.

A psychiatry resident swings past and says the patient is at baseline. But he makes a worrisome suggestion: that Mr. J. ought to be chemically sedated or restrained so that we can conduct investigations. A patient without test results clearly makes everyone nervous, but balking at the suggestion, I call the resident’s boss to share my fear that such a move would shatter the fragile doctor–patient bond and set Mr. J. back further. The psychiatrist agrees, and I feel grateful.

The expected length of stay has been surpassed twice, contributing to bureaucratic consternation. But a demonstration of respect, consideration, and humanity finally turns the tide. Mr. J. allows a nurse to dress his leg and even consents to an ultrasound, which rules out a clot “in the area permitted by the patient.” I breathe a qualified sigh of relief.

The intern blushes, but my interest is piqued.

I am dismayed to discover, however, that 3 weeks in a bed with the sides drawn up have deconditioned him to such an extent that he can no longer walk. Regrettably, this man who had wandered nonstop for a week before contracting an infection now has to be hoisted out of bed. His lack of insight into his new disability makes me even more remorseful. I wonder if I could have leveraged his growing compliance to coax him out of bed or convince the therapist to keep trying some bed exercises although her time might be more profitably spent elsewhere. Most of all, I realize how his mental illness had led to such reduced expectations that we were thankful for better behavior and responding infection while losing sight of the whole person. Unsafe to return home, he is listed for rehabilitation, which poses another challenge to his mental state.

On his final day in the hospital, Mr. J. regards me searchingly, as if looking for the answer to a question that he just can’t shake off.

“Cousin Pam, truly, are you my wife?”

I don’t even know if he is right, but his naked regret floors me.

The transport officers bundle him up in their narrow trolley, ready to wheel him away. His arms crossed, his body stiff, he has begun to hector the strangers. I realize I will never see him again, and I dwell briefly on his journey of love, longing, and missed opportunities. I wish he possessed the words to articulate the toll of his mental illness.

In his wake, the ward is quiet, the remaining patients easy. They observe boundaries and follow instructions. Their families question us. The patients submit to tests and tolerate interrogation. They don’t propose marriage. But somehow, they produce less color and prompt less soul searching. The patient who made the least sense provoked the most reflection; we all miss him.

One day, on a whim, I call the rehabilitation hospital, half expecting to hear he has been committed or sent to a nursing home because there is no prospect of recovery.

“He is improving,” his nurse says before sighing. “He can be loud and sometimes inappropriate.”

“He was the same here,” I reassure her.

At this, she laughs and relaxes.

Perhaps sensing my hesitation, she adds, “It’s hard to believe, but he has taken himself out for a ride in his wheelchair.”

My heart soars at this welcome and unexpected news. Her tone suggests that the staff have warmed to his idiosyncrasies.

“I will do that,” she replies, “although right now, he has gone looking for Cousin Pam.”

Zooey Deschanel and Will Ferrell Reunite For Their Elf “Baby, It’s Cold Outside” Shower Duet

Effects of Anacetrapib in Patients with Atherosclerotic Vascular Disease