Think of Coquito as the Puerto Rican version of eggnog! Made with a blend of coconut ingredients, cinnamon, and rum. One batch makes plenty for a party.

Every December I throw our annual Christmas cookie swap. It’s a simple event that we’ve honed to turnkey tradition over the years. I throw on some hipster Christmas music, set out plenty of holiday-appropriate nibbles like a cheese plate or crab dip, and put a little Santa cap on our corgi because ohmygod it’s adorable.

Drink-wise I keep it simple: mulled wine and coquito.

Mulled wine is one of those recipes that’s super easy to make and everyone loves. Coquito is just as easy, but unlike mulled wine, no one knows they love it yet. As the host, I feel it’s my merrymaking duty to introduce people to it.

Coquito is a traditional punch from Puerto Rico. It’s often called Puerto Rican eggnog due to its very similar flavor profile and occasional use of eggs in some variations.

Anything after those basic ingredients is up to you. Like so many dishes, coquito doesn’t have an exact recipe. The type and amount of rum, the choice of spices, the type of sweetener, or even whether to use eggs or not can vary from recipe to recipe and person to person.

This means that coquito is a recipe that you shape to your taste. Don’t want nutmeg? Don’t use it. Want to serve it on the rocks? Rock on.

I like to sweeten mine with sweetened condensed milk and cream of coconut. In addition, I add fresh vanilla bean because I love the rich, creamy flavor of vanilla when paired with coconut.

Have fun, experiment, and make the recipe yours. It will quickly become part of your holiday tradition, too.

Look for the cream of coconut in the alcohol aisle if you can’t find it with the other canned ingredients. Good brands are Coco Lopez or Goya.

In regards to the rum, use your favorite. White, aged, or spiced – they’re all good. You can also omit it altogether and replace it with milk or almond milk for a virgin coquito.

When it comes to spices, feel free to add in some ginger, cloves, or star anise, which are often found in other coquito recipes. This recipe takes well to substitutions so feel free to get creative.

1 Steep the spices: Place the sweetened condensed milk, cream of coconut, evaporated milk, coconut milk, vanilla, cinnamon sticks, and nutmeg (all the ingredients except the rum) in a large saucepan. Warm over medium-high heat until just starting to simmer.

Remove from of heat, cover, and let infuse for 30 minutes.

Add 1 cup of rum and taste; add more rum for a stronger punch. I usually stick to around 2 cups as I prefer it strong.

4 Serve: Serve neat or over ice in small portions. Garnish with grated nutmeg or ground cinnamon as desired. 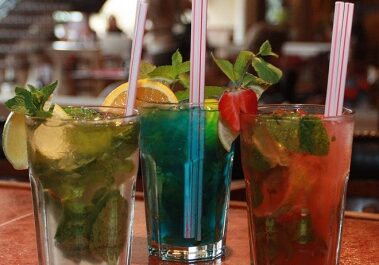 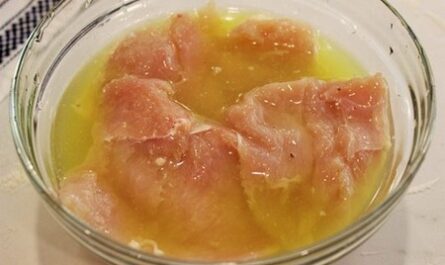