The drug manufacturer accused of fueling the opioid epidemic will soon be given the green light to market synthetic marijuana for medical use.

The US Drug Enforcement Agency is close to approving a synthetic formula for THC, the main psychoactive component in marijuana, made by Insys Therapeutics.

The company has said launching the new drug Syndros will be a ‘pivotal milestone’ to turn around Insys’s reputation following several lawsuits alleging its top execs have been pushing prescriptions for fentanyl, an opioid that is 50 times stronger than heroin.

The new drug could potentially replace highly addictive and dangerous drugs like fentanyl that are fueling the opioid epidemic that kills thousands of Americans each year. 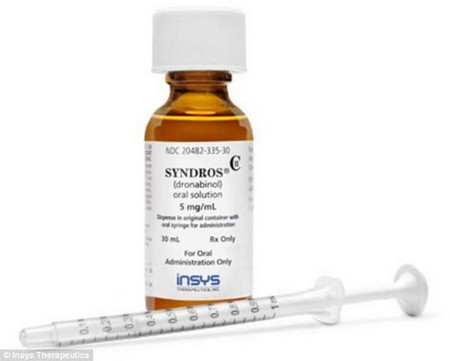 Medical-grade synthetic marijuana is not to be confused with street versions known as ‘K2’ or ‘spice’ that are an unpredictable mix of chemicals recently found to cause severe bleeding from the eyes and ears in Illinois.

Medical synthetics are scientifically and specifically calibrated to mimic cannabinoids, the active compounds in marijuana that create the ‘high’.

They are similar to chemicals the body makes that are involved in appetite, memory, movement, and pain.

The two main cannabinoids are THC and CBD.

Syndros is a synthetic formula for THC. The main component of the drug, dronabinol, was first government-approved in pill-capsule form in 1985. It is sold under the name Marinol.

Once it receives final DEA approval, Insys will be able to start selling oral spray intended to treat nausea, vomiting and weight loss in AIDS and cancer patients by mimicking THC.

In November the DEA announced that Syndros will be classified as a Schedule II controlled substance, meaning it can be legally prescribed by doctors.

Schedule II drugs including cocaine, fentanyl and morphine are considered to have a ‘high potential for abuse’.

Natural marijuana is currently listed in the more restrictive Schedule I category, which is reserved for drugs that have ‘no currently accepted medical use’.

The Schedule II classification indicates that the DEA considers the synthetic marijuana to be safer and more valuable that regular marijuana.

Last fall Insys founder John Kapoor and several other top executives at the company were accused of offering bribes to doctors to write large numbers of prescriptions for the fentanyl-based spray called Subsys.

Subsys was only approved by the FDA for used by cancer patients with severe nerve pain, but an investigation found that most of the people who received prescriptions did not have cancer.

Although originally intended as a painkiller with medicinal uses, the substance has increasingly been used an illicit recreational drug and is often made illegally.

More than 20,000 deaths occurred in the United States in 2016 from fentanyl overdoses alone.

History of Insys in the cannabis community

In 2016 Insys helped block the legalization of recreational marijuana in Arizona by donating $500,000 to the group leading the opposition.

At the time the company issued a statement that the ballot measure proposing legalization ‘fails to protect the safety of Arizona’s citizens, and particularly its children.’

However, top members of the cannabis community noted the company’s financial interest in minimizing competition for synthetic marijuana products, according to the Washington Post.

A pro-legalization campaign member J.P. Holyoak said: ‘It appears they are trying to kill a non-pharmaceutical market for marijuana in order to line their own pockets.’

Tom Angell of pro-cannabis group Marijuana Majority added that accepting the donation from a company that has been [accused] of putting public health at risk goes against the anti-legalization group’s message.

‘Accepting this money undermines everything that marijuana prohibitionists say about their desire to protect public health,’ Angell told the Post.

‘It’s difficult to understand how people who profit from selling a drug like fentanyl can keep a straight face while arguing that marijuana is just too dangerous to legalize.’ 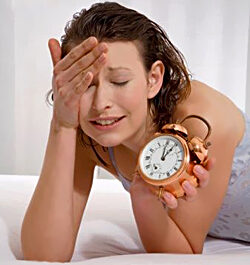 What if you have all the signs of an autumn melancholy?