The second season of HBO’s Crashing, which follows the misadventures of an unlikely stand-up comic played by and based on comedian Pete Holmes, premieres on January 14, and fans may be surprised at the swift arrival of a love interest in the first episode.

Played by Jamie Lee, a fellow comedian who wrote for the show’s first season, Ali is beautiful, funny, and way out of Pete’s league. He is, of course, immediately smitten, a fact that leads to a litany of cringe-worthy moments, including one involving the reaction a hot tray of lasagna has when it meets a fancy tempered glass table.

The comedy world is notoriously male-dominated, even more so than other sectors of the entertainment industry. Crashing‘s first season was, in some ways, a reflection of that fact, offering up cameos from the likes of Sarah Silverman, Rachel Feinstein, and Vanessa Bayer, but failing to provide the audience with a fully fleshed-out female character (aside from, at times, Pete’s ex-wife Jessica, played by Lauren Lapkus) with whom to relate.

Crashing is also, at its core, a show about how much it can really suck trying to pursue your dream – especially when your dream is something as competitive as stand-up comedy. Pete, 30-something, separated from his wife (who financially supported him), and without a home, works an embarrassing job at Cold Stone Creamery to pay the bills and must hand out fliers to disinterested passersby on the streets of New York in order to earn stage time at a seedy comedy club.

The character of Ali gives us a window into what this life looks like from the perspective of a woman who has to try twice as hard to prove herself in an industry filled with bumbling dudes, many of whom are just a little too quick to let her know that they totally believe women are funny.

Because Crashing is a show that very much imitates life, none of what Ali goes through is that far off from the early-career experiences of Lee herself, who made the decision to get into comedy following what she remembers as a rare, weirdly cinematic moment while on the phone with her dad on a New York street corner. Despite a role as a core cast member on MTV’s beloved Girl Code, a book bearing the hilarious title Weddiculous: The Unfiltered Guide to Being a Bride, and a place on pretty much every “Comedians to Watch” list recently published on the internet, Lee is totally humble and actually genuinely shocked to be starring in a major HBO show. And, hey, given the stuff we now know aspiring stand-ups have to go through to make it, I guess we can’t blame her.

We caught up with Lee at the HBO headquarters in New York to talk about #MeToo, sex scenes, and the importance of getting out of your own head.

So you started last season as a writer on the show and now you’re starring on it. What has that transition been like for you?

It was pretty surprising. I mean, I’ve always been a writer/performer, so that part was there, but I never expected to become the lead. I hoped, but initially, I was gunning for a much smaller part that I had written in the hopes of potentially being on the show. I would also have had to audition for that part as well, but I just thought that it was more likely, that maybe there would be a smaller pool of people to audition for the smaller role. And then when I got an audition time for the lead, I was like oh. I knew a bunch of people who were auditioning, everyone was texting me being like ‘I’m going in for this,’ and I was like cool, I was wishing them luck. I was in no way competitive about it. And then when I found out I got it, I was just so shocked, because there are so many rejections in this career, especially on the acting front. It’s like until you get that first thing, you’re just chugging along, and then you’ll get callbacks, you have all these false starts of, oh it’s happening, no it’s not, oh it’s happening, no it’s not. So the fact that it just happened, I was like, oh, I guess sometimes it happens! That’s just crazy.

As a stand-up comedian yourself, how much do you relate to Ali’s experiences?

It’s definitely representative of a time when I was first starting out, really pursuing stand-up hard. I relate to the character’s determination and really putting her nose to the ground and working really hard. I think in stand-up there are no handouts, it’s really every man for themselves. You have a community, and you make friends, and you guys can work on things together, but ultimately, it’s up to you. No one’s gonna hold your hand through it and I think it’s really exciting to show a girl stand-up who’s like, I got this, because I think pursuing stand-up in New York can be really daunting. 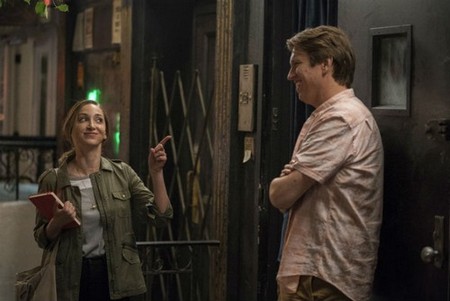 There’s a moment that I really love where the comedy club owner is like, ‘Just so you know, I think girls are funny!’ and your character is like ‘Okay…’

Yeah, I think that moment is very representative of just, there’s so many awkward interactions – not necessarily that or to that level – but when you are a girl in stand-up. Sometimes people just don’t know how to talk to you. They speak to you like you’re an alien. I’m just another comedian, it’s not that crazy.

There definitely have been moments where I’m like, I get it, I’m a girl, that’s all anyone wants to talk about. And it’s so weird because when you’re doing stand-up, you’re working so hard at just being good at it that you’re not thinking about ‘I’m a woman in this business.’ You don’t have time. Later, you have time. I don’t want to speak for everyone, but I didn’t think about those things. Like, I don’t have time to think about anything other than just being good. So now I look back and I’m like, yeah, there was some weird sexist times. I mean, there were lots. But also, we’re so used to that that sometimes we don’t even really realize it’s happening until later.

I feel like the #MeToo movement has really touched every industry, but do you think there’s going to be some kind of reckoning within the comedy world? Have you already begun to see that?

I think that there will be. I feel like that movement is pervasive enough where it’s definitely going to occupy every single corner of the entertainment industry, and hopefully way beyond that. I think that people are listening. And, to be completely honest, I’ve already seen some small changes. Just, like, I’ve been in conversations with guys recently – and I’m sure you’ve dealt with this – where you’ll be talking or you’ll start to talk and then a guy, because his voice is more booming naturally, physically, will start talking and cut you off, and I don’t even think it’s deliberate. They’re just used to cutting you off because their voice trumps your voice tonally. And I’ve noticed a couple times where the guy will be like ‘I’m sorry what were you saying?’ And they’ll stop. And I’m like, oh, maybe that’s because of that. I can’t say for sure, but I’m hopeful.

I understand if you don’t want to talk about this, but I know that you and Pete Holmes dated briefly. Was that awkward filming a romantic scene with someone that you dated?

Strangely not. I mean, first of all, sex scenes are not sexy, in my opinion. So, it was strangely just kind of goofy, more than anything. We’ve been friends – we dated for one-tenth of our friendship – so I don’t define us in those terms and I don’t think he does either. It’s more like, that was a thing that happened and now we’re friends.

Did you know that you always wanted to be a comedian, or what was that evolution like for you?

You know, I was never – you hear those stories of, like, ‘every night my parents would tell me to go to bed and I would be like no and I would stay up and watch Johnny Carson’. I was never that kid. I didn’t give a f*** about late night TV. I never was sophisticated in that way. I did love comedy, and I got really into stand-up specials when I was in college. Actually, I got really into Margaret Cho was I was in middle school and then I started to pay attention to stand-up and then I got really, really into it in college.

I think all signs were pointing to doing stand-up, but I didn’t put it all together until I moved to New York. I knew I loved writing, I knew I was good at writing, I knew I liked performing, I knew I was good at performing, but I didn’t know how to put the pieces together. Stand-up is the answer to all of it, and as soon as I realized that, it was actually the only ah-ha moment I’ve ever had in my life. I literally had an epiphany. I still remember where I was. I was on the phone with my dad, I was at Columbus Circle, I was on my lunch break from my day job.

That’s such a New York moment.

It was! It was so cinematic. And I was just like, ‘I think I wanna do stand-up’, and my dad who is the most supportive person alive, was just like, ‘you should do it, Jame’ – he’s from Texas – and I was like oh. And that was it. It really was like that day where I was like, let’s start this. And nothing is ever like that! It doesn’t work that way. Usually, you like, brood on it for a couple of years. But I was just like this needs to happen.

What advice do you have for women, or just people, who want to pursue a career in stand-up?

I would say, please do it, we need you. I would also say tune out the noise and just focus on yourself. It’s not selfish, it’s just what you have to do. I think that I was really bad about that. I started meditating and it really calmed me down. I used to be like, after this, after we talk, I would be like, ‘what did I say? How did I come off?’ And now I’m like, not that I don’t give a f***, but I definitely am not stressing about things that I can’t control. 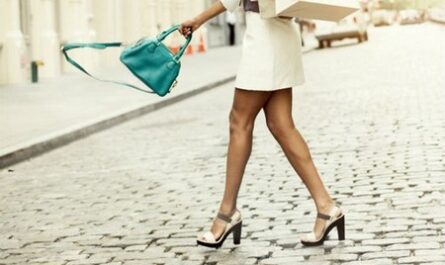 5 Styles to Avoid If You Want to Look Younger 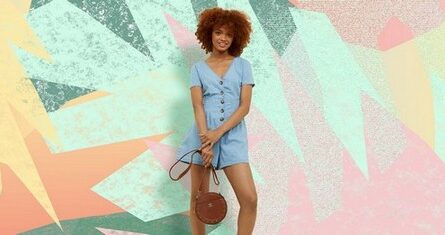