Our sixth annual How to Make It in Fashion conference is coming up – mark your calendar for June 15 if you havent already – and the lineup is once again shaping up to be a good one.

In addition to InStyles Laura Brown, well also have esteemed Washington Post fashion critic Robin Givhan as one of our keynote speakers.

Givhan has had a long and illustrious career as a critic and journalist that includes stints at Newsweek/Daily Beast, Vogue and the Detroit Free Press. In 2006, she famously became the first fashion critic to win a Pulitzer Prize.

In 2015, she published the book “The Battle of Versailles: The Night American Fashion Stumbled into the Spotlight and Made History.”

Givhan remains one of the most influential and respected voices in fashion and on June 15 youll get the chance to hear exactly how she got there, as well as her thoughts on the fashion establishment today, which shes never been afraid to call out. Youll even get the chance to ask her a question of your own.

Armarium Is Hiring An OPERATIONS MANAGER In New York 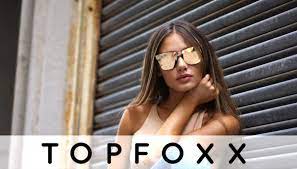