A Colorado woman wrote a proper goodbye to her ankle before making the decision to amputate it, following years of excruciating pain from an old injury.

Prior to her amputation surgery in October, Jordan “Jo” Beckwith decided to write a “break-up” note to her limb – an experience she said was “cathartic.”

“The day before the surgery, I wrote a break-up to my ankle…it was super cathartic,” she told PEOPLE, adding that her friend, mother, and husband also penned notes to her limb. 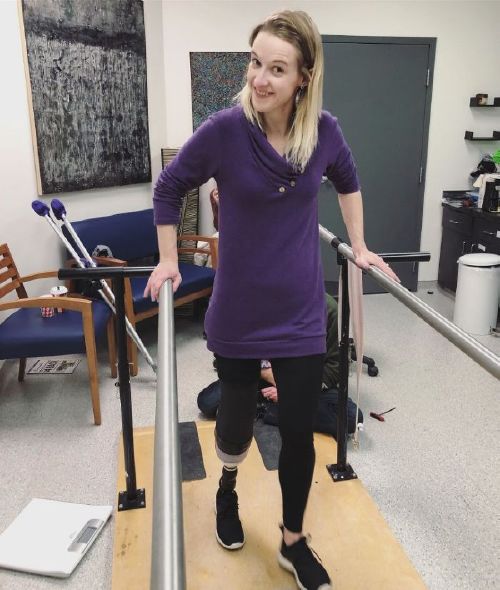 Beckwith’s note, which was written on the top part of her ankle, read: “Dear ankle, it’s not me, it’s you. We’ve had some good times together, but it is time for us to part ways. I wish you all the best! -Your Blood Supplier”

All of the farewell notes were also written underneath a dotted-line that Beckwith and her loved ones drew around her leg along with a pair of scissors.

While many would find this experience to be traumatizing, for Beckwith, it was a long time coming. 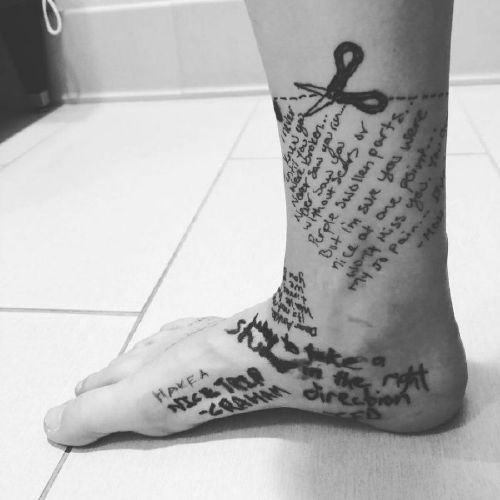 At 13 years old she had a serious horseback-riding which severely injured her ankle. Over the course of the next 14 years, Beckwith said she went through approximately ten surgeries and procedures to mend the damage.

“I was always some sort of pain and I was always on some kind of medication all throughout high school and my early 20s,” she explained to PEOPLE, noting that it got to a point where she was taking Vicodin every day to cope with the excruciating pain.

“When you can do that and still be perfectly functional, it’s really concerning because those aren’t drugs you’re supposed to take every day,” Beckwith said. “But I had to take them to be able to function, to be able to do my job, and to be able to hold conversations with people.”

The problems continued to get worse for Beckwith and she was forced to return home from college in Indiana and leave her job in real estate due to the frequent surgery and pain.

Refusing to increase her medication dosage and unable to walk even the smallest of distances, Beckwith knew her options were limited and began to seriously think about an amputation.

“I always knew an amputation was inevitable someday, but someday was supposed to be when I was 60 or 70,” she said. “When I couldn’t do anything… I felt in my heart and my soul that I knew this was the right choice.”

After a few months of consideration, speaking with several amputees, and determinations from doctors that there was no other way to relieve her pain, Beckwith decided to go through with the amputation.

Though she initially woke up “in a lot of physical pain” and has faced some challenges – she will be undergoing another surgery in April due to complications – she says she has always felt confident in her choice to remove the limb.

“I’m moving towards sunshine and positive things even though it’s rough,” she added. “I wanna live life, I love being here, I love being able to participate in life.”

Beckwith has also opened up about her journey through a YouTube channel called “Footless Jo”, which she originally started as a way to process the decision to amputate her leg. She has since accumulated over 66,000 subscribers.

“I felt alone, so putting my story out there, I hoped maybe one person won’t feel that way,” she shared of starting the channel. “But that got returned to me a hundred times over because so many people have shared their stories to me and their struggles and thought process.”

Beckwith revealed she was surprised to know that her story was relatable to more than just amputees. “Any major life decision or big change, I think a lot of the same principles apply,” she explained. “It’s a more universal thing than I thought it was.”

Now, as she prepares for her next – and hopefully last surgery – Beckwith says she looks forward to getting back to the simple things in life.

“Being able to get up in the morning and walk my dogs around the block, that’s something I used to love doing,” she said. “But my super hope and dream is to go jogging with my dad because I have not been able to run since I was 12. He’s a big jogger so I would love to get a running leg and actually go with him one day.”

As for what she’s learned throughout this whole process?

“So many people have expressed to me ‘I could never do this’ and I appreciate them, but it’s also a sad comment,” she noted. “We are all so much more capable and perseverant than we think we are. If anyone is faced with a major challenge like this that you don’t think you’ll get through, I promise you, you can. There is a way through even if it’s hard.” 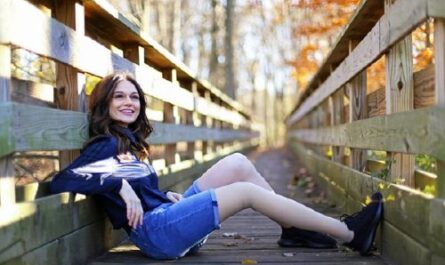 Girl had leg amputated at 11 but grows up to be a stunning model…in every way, Photos

What the women’s tennis team have to say about sexism, in sport is so damn empowering