Colcannon Potatoes – Irish mashed potato recipe with mixed with greens and scallions and lots of butter and cream.

Have you ever had colcannon? “What is colcannon?” you make ask. A St. Patrick’s day favorite, it’s a mixture of creamy mashed potatoes and usually kale or cabbage.

I first encountered colcannon potatoes while doing research on traditional Irish cooking. Not surprisingly the Irish have all sorts of ways of cooking potatoes, with festive names like champ, bruisy, pandy, boxty, and this Irish potato recipe, colcannon.

In the following colcannon recipe, we mix the mashed potatoes in with chopped cooked kale, green onions, milk or cream, and lots of butter.

To serve one makes a depression in the middle of the mashed potatoes and puts a knob of butter in it. To eat it, you dip a forkful of the potatoes in the melted butter.

If ever there was a recipe to get one to eat one’s greens, this is it.

By the way, if you are looking for books on traditional Irish cooking, I can recommend two excellent ones. The first is Irish Traditional Cooking by Darina Allen, of the Ballymaloe Cookery School in County Cork. The second is The Country Cooking of Ireland by Colman Andrews, which won the James Beard award for cookbook of the year in 2010. 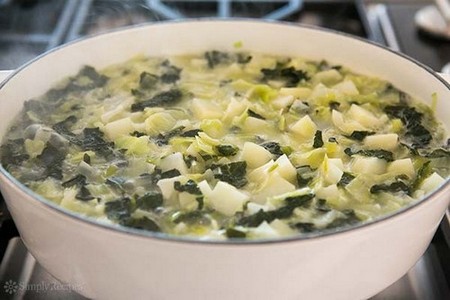 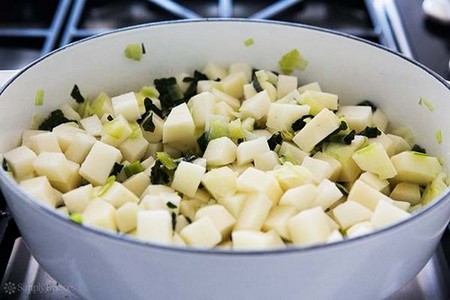 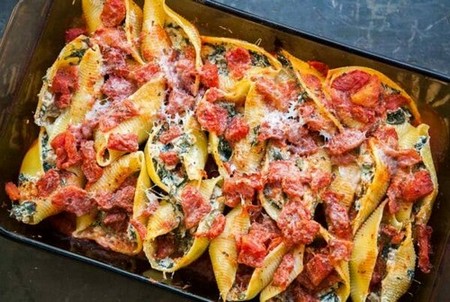 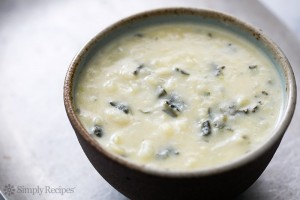 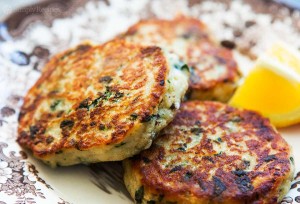 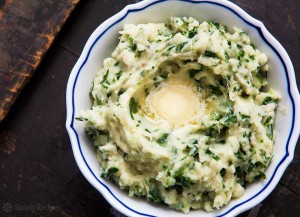 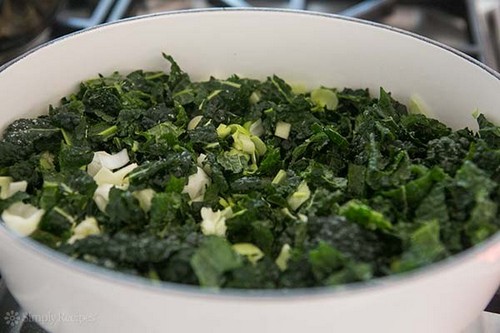 For a variation, sub out half of the potatoes with parsnips. Can add chives, leeks, or bacon too.

1 Boil the potatoes: Put the potatoes in a medium pot and cover with cold water by at least an inch. Add 2 tablespoons of salt, and bring to a boil.

Boil until the potatoes are fork tender (15 to 20 minutes). Drain in a colander.

2 Cook the greens and the green onions with butter: Return the pot to the stove and set over medium-high heat. Melt the butter in the pot and once it’s hot, add the greens.

Cook the greens for 3-4 minutes, or until they are wilted and have given off some of their water.

Use a fork or potato masher and mash the potatoes, mixing them up with the greens.

Add salt to taste and serve hot, with a knob of butter in the center. 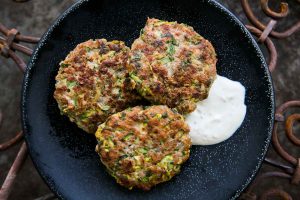