The rebooted Lizzie McGuire will centre on her life as she turns 30 in New York City. She’s living in Brooklyn, working as an apprentice to an interior designer and has a boyfriend who’s a SoHo restauranteur – basically living her millennial dream life.

Maybe we should have seen it coming, when, back in late June, Hilary Duff said her new haircut was inspired by her iconic Lizzie McGuire character on the eponymous Disney TV show. But we’re here for the news that broke on Friday, August 23: Duff is officially reprising her role in a new show for Disney+, the company’s streaming service set to launch later this year.

“The good news is, just like me and everybody who loved Lizzie and has grown up with her, Lizzie’s also grown up,” Duff said on stage during the announcement in Anaheim. “She’s older, she’s wiser, she has a much bigger shoe budget, which is super exciting. She has her dream job. She has kind of the perfect life right now.”

Although Duff teased a reboot back in December, this is the first development we’ve heard since. And although filming hasn’t started yet, rest assured that the series is under development.

“The conversations have gone on for a couple of years and the timing just didn’t seem right and now Lizzie is turning 30,” Duff told Peopleon Friday. “For me, she was everybody’s best friend and she was there for us … entering your 30s is a really big deal.” 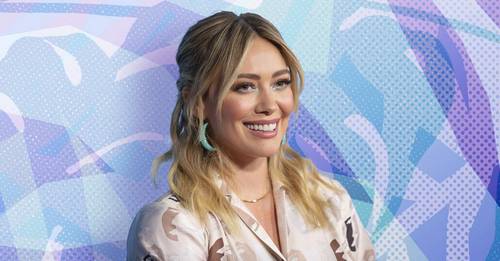 Duff posted the news to Instagram Friday night. “SURPRISE!!! I’ve been trying to contain this excitement for a loooong time while this has been in the works! I am beyond excited to be home again, back with my girl ♥️…and into her 30’s,” she wrote in the caption.

Needless to say, fans are stoked:

When Lizzie McGuire sang, “Hey now hey now, this is what dreams are made of,” she was talking about Hilary Duff returning to star in a Disney+ sequel series.

What a time to be alive.

Duff also opened up to People how she really feels about returning to the character after all these years. “I’m not gonna lie: I’m a little intimidated,” she said. “I’m like, ‘Where is she in there?’ She is in there; she is me. When I was 13, it was such a big part of me… I just have to tap into that and be very authentic to that.”

Of course, there will be some significant differences between Duff and grown-up Lizzie.

“Our lives are very different – she’s not a mother; I am already a mother – but I think that’s what’s exciting, to step into someone else’s world whose a little bit different than your own, but I can’t wait,” Duff said. “I can’t wait for her adventures, for her heartbreak, to see her goals and what she’s done.”

However, one thing will definitely remain the same: Duff says Lizzie’s animated alter ego will be making a comeback for the new series, too.

“She is still dealing with that 13-year-old no-holds-barred animated Lizzie that’s constantly babbling in her adult Lizzie head,” she said during the announcement, according to Entertainment Weekly. “So she has to deal with that. But I think that’s what’s going to make it really special.”

Whether Miranda and Gordo will be back too is TBD, but our fingers are crossed.

Beyonce, Mariah and J-Lo’s hairdresser reveals what it’s really like working with the stars

Queer eye season 4 has been confirmed, here’s what we know