Starting his career in 2011, Duntsch was a promising surgeon with an impressive résumé, earning an M.D. and Ph.D. from a top spinal surgery program at the University of Tennessee.

On Healthgrades, he received four- and five-star reviews. Colleagues, however, noticed red flags, considering him not only arrogant but also incompetent as a medical practitioner. Of the 37 patients he operated on in Dallas, 33 sustained post-op complications, and two died. As his case developed, the troubling details came out that Duntsch had a substance abuse problem. According to friends, he went to morning rounds at work even after taking cocaine and LSD all night.

Focusing on the true story of neurosurgeon Christopher Duntsch, Wondery’s podcast Dr. Death is a terrifying listen. Now, it’s getting the small-screen treatment with a limited series on Peacock starring Joshua Jackson, Alec Baldwin, and Christian Slater. Under Duntsch’s scalpel, two people died, and over 30 others suffered serious complications.

Duntsch initially got away with maiming dozens of patients. But before Duntsch’s story gained traction in the media, he finally faced the consequences for his series of botched procedures. His license was inevitably suspended and revoked after too much time had passed. And yes, he was brought to trial and sentenced for his negligence in the operating room. 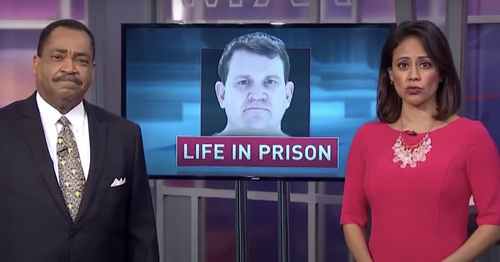 The Texas Medical Board eventually suspended and revoked his license in June 2013. His investigation took about a year, and he was still able to operate while it took place. It took longer than one would expect since it was easier for hospitals to let Duntsch resign and avoid the legal consequences of firing him. After Duntsch could no longer practice surgery, he fell into a series of strange arrests. He drove under the influence, shoplifted from Walmart, and jumped over his ex-partner’s sister’s fence.

In July 2015, the Dallas County District Attorney’s Office pushed criminal charges against Duntsch. He faced five counts of aggravated assault with deadly weapons (his hands and surgical tools) and one count of injury to an elderly individual. He went to trial on the last charge for hurting Mary Efurd, who came in for a spinal fusion surgery.

Efurd left Duntsch’s operation room with a nerve root severed and her spine pocked with screw holes. As a result, Efurd suffered from paralysis and pain.

In Feb. 2017, Duntsch was sentenced to life in prison. He won’t be eligible for parole until 2045, when he will be 74. He lost an appeal in 2018 when the Fifth District Court of Appeals upheld his conviction.