But what about skincare? Surely we should be slathering something so nutrient-dense on our skin, too? We asked the experts…

You’ve probably already heard of the benefits of castor oil for hair. It’s long been touted as a vitamin-rich miracle ingredient to prevent follicle inflammation, boost shine and promote growth of the hair, eyelashes and brows.

In fact, the beauty market has been well-stocked with castor oil hair products for years, and just a quick search reveals an abundance of positive reviews on beauty blogs and vlogs.

What is castor oil?

Castor oil is the oil that comes from pressing the seeds of the castor oil plant (ricinus communis), found in tropical climates such as Eastern Africa, India and the Mediterranean Basin.

It’s much thicker than other oils commonly used in for cosmetic and medicinal purposes, such as coconut oil or argan oil, but it’s also much richer in vitamin E and fatty acids than other vegetable oils.

Is it good for our skin?

“Castor oil has strong antimicrobial and anti-inflammatory properties, making it an effective ingredient to help fight and prevent blemishes and impurities in the skin; even severe cases of acne,” explains Susanne Kaufmann, founder of her own natural, premium skincare line.

Because it’s so healing and anti-inflammatory, those with skin complaints such as dermatitis, eczema, rosacea, psoriasis, and keratosis pilaris could also benefit from castor oil.

“It also has long-lasting smoothing effects for both face and body,” Susanne continues. “Formulated in our new Mineral Body Lotion, castor oil helps to moisturise the skin, and stimulate the skin’s collagen production”.

Who should use castor oil?

“Castor oil is safe for anyone to use on the skin in small doses,” says Susanne. “For example, 1.5% of the formulation for our Mineral Body Lotion is castor oil. As with any ingredient, it’s always best used in moderation.”

Castor oil is best avoided during pregnancy as it is thought to induce labour. 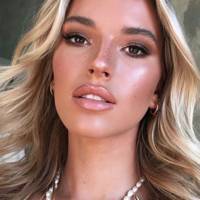