Cars have plenty of ways to get around city obstacles. There are underpasses and overpasses, bridges, and tunnels. Sometimes, though, cities need to get around cars. In the case of Blox, a new building in Copenhagen, cars run right through it like a multi-purpose tunnel.

The building was intended for a plot of land that was separated into two parts by a road. To build Blox at a scale that made sense for the developer (it’s designed to house retail, a cafe, apartments, a museum, and a coworking space), it had to figure out a way to bridge the gap between the two plots.

Commissioned by philanthropic organization Realdania and designed by Dutch firm OMA, which recently completed an all-white and much slimmer tower for Fondazione Prada in Milan, Blox was constructed over an existing highway that hugs the city’s harbor. Cars zoom from one end of the building to the next, as the glass structure looms overhead.

Inside, glass was used throughout as a way to visually connect all the different spaces. “We wanted to show everything happening in the building, like a little city,” OMA architect architect Ellen van Loon tells Co.Design. 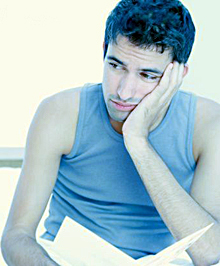 Pretending to be in bed, a woman destroys a relationship with a man and jeopardizes her health 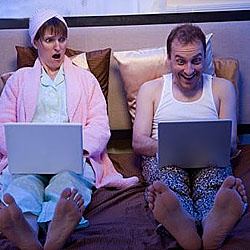