We conducted a multicenter, randomized, double-blind noninferiority trial; details of the design of the trial have been published previously.8 The funder (Takeda Pharmaceuticals) participated in the trial design, conduct, and monitoring and in data collection, storage, and analyses.

An independent data and safety monitoring committee monitored the trial and had access to the unblinded data.

Statistical analyses were performed for the data and safety monitoring committee by an independent statistical group (WebbWrites).

The academic authors of the present article drafted the manuscript, had full access to the final trial data, and vouch for the accuracy and completeness of the data and the analyses, as well as for the fidelity of the trial to the protocol, which is available with the full text of this article at NEJM.org. The appropriate national and institutional regulatory authorities and ethics committees approved the trial design.

Patients were eligible for enrollment in the trial if they had a diagnosis of gout fulfilling the American Rheumatism Association criteria9 and a history of major cardiovascular disease before randomization (detailed inclusion and exclusion criteria are provided in Table S1 in the Supplementary Appendix, available at NEJM.org).

Patients were randomly assigned to receive febuxostat or allopurinol administered in a double-blind fashion once daily. Randomization was stratified according to the estimated creatinine clearance at baseline (≥60 ml per minute vs. ≥30 but <60 ml per minute).

Febuxostat doses were not modified according to kidney function. Patients who were randomly assigned to receive febuxostat initially received 40 mg once daily and continued to receive this dose if the serum urate level was less than 6.0 mg per deciliter after 2 weeks of therapy. If the serum urate level was higher than 6.0 mg per deciliter at the week 2 visit, the dose of febuxostat was increased to 80 mg once daily for the remainder of the trial.

The patients’ serum urate levels were revealed to the site investigators only during a 10-week dose-adjustment period to facilitate dose increases that were based on urate response. During that period, the administration of double-blind, double-dummy trial medications was guided by an interactive voice-response system, a procedure that prevented unblinding for patients whose dose was not adjusted. After dose adjustments were completed, urate levels were concealed from investigators and the sponsor, and the interactive voice-response system was used to manage treatment throughout the trial.

At the screening visit, all urate-lowering therapy was discontinued and, unless the patient had a history of unacceptable side effects from colchicine, treatment with colchicine at a dose of 0.6 mg daily was started for gout flare prophylaxis. All the patients received prophylaxis for the first 6 months of randomly assigned treatment. If colchicine treatment resulted in unacceptable side effects and the estimated creatinine clearance was at least 50 ml per minute, patients received naproxen (250 mg twice daily) with lansoprazole (15 mg once daily). If patients could receive neither colchicine nor naproxen, other nonsteroidal antiinflammatory drugs (NSAIDs) or prednisone could be provided as prophylaxis, or the investigators could choose to manage gout flares as they occurred.

Outpatient visits were scheduled at screening and randomization and at 2, 4, 6, 8, 10, 12, and 24 weeks after randomization and every 6 months during subsequent years of the trial. Patients with reduced kidney function or who were older than 65 years of age at randomization also had visits at 9 months and 15 months to monitor serum chemical profiles. If patients agreed to be monitored but would not return for study visits, telephone contacts were completed, but this was not preferred or recommended to the sites.

The primary composite end point was the first occurrence of cardiovascular death, nonfatal myocardial infarction, nonfatal stroke, or urgent revascularization for unstable angina (definitions are provided in Table S2 in the Supplementary Appendix).10 The secondary safety end points included a composite of cardiovascular death, nonfatal myocardial infarction, or nonfatal stroke as well as the individual components of the primary end point.

The consistency of effects on the primary end point was explored in a variety of subgroups (both prespecified and post hoc). Additional safety end points included death from any cause, urgent cerebrovascular revascularization, transient ischemic attack, hospitalization for heart failure, arrhythmias not associated with ischemia, and venous thromboembolic events. An independent central end-points committee, the members of which were unaware of the treatment assignments, adjudicated all suspected end-point events.

Cox proportional-hazards models, stratified according to baseline kidney function, were used to analyze the time to first occurrence of primary and secondary end-point events for all patients who underwent randomization and received treatment. A determination of noninferiority of febuxostat to allopurinol required that the upper bound of the one-sided confidence interval of the hazard ratio for the primary end point be less than 1.3. The number and percentage of patients with a primary end-point event or cardiovascular death were tabulated for various subgroups. The relative risk (febuxostat vs. allopurinol) was calculated within each subgroup, with homogeneity among subgroup levels assessed with the use of the Cochran–Mantel–Haenszel test. Sensitivity analyses were performed by excluding events that occurred after treatment discontinuation and events that occurred more than 30 da
ys after treatment discontinuation.

The trial was designed to accrue 624 primary events for assessing the noninferiority of febuxostat to allopurinol with regard to cardiovascular risk, under the assumption of a true hazard ratio of 1.0 and 90% power. Interim analyses were conducted when approximately 25%, 50%, and 75% of the events had occurred.

For each group-sequential analysis, it was specified that the upper bound of the one-sided confidence interval for the hazard ratio (febuxostat vs. allopurinol) would be calculated with the use of the critical value from the Lan–DeMets–O’Brien–Fleming alpha-spending function, which preserves an overall one-sided alpha of 0.025.11 No other adjustments for multiplicity were made. Each of these analyses was conducted by an independent statistician and reviewed by the data and safety monitoring board.

It was planned that, if the upper bound of the one-sided confidence interval of the hazard ratio was less than 1.3 at any interim analysis, the trial would be stopped, since noninferiority of febuxostat to allopurinol with regard to cardiovascular risk would be declared. In April 2016, at the time of the 75% interim analysis, the estimated hazard ratio and adjusted upper bound of the confidence interval for the hazard ratio were 0.99 and 1.23, respectively. However, because of a discrepancy between the hazard ratio for death from any cause in the intention-to-treat analysis and in the analysis of events that occurred during treatment, the data and safety monitoring board recommended continuing the trial until the prespecified 624 primary events had occurred.

Rivaroxaban with or without Aspirin in Stable Cardiovascular Disease 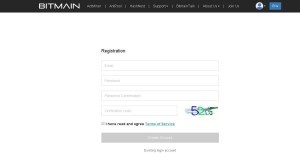 Earnings on a mobile phone with the AdvertApp application

Maisie Williams Just Got a Mullet