Following Beyoncés history-making Coachella performance on Saturday night, a pregnant and pig-tailed Cardi B took the festival stage on Sunday in a 90s-inspired, all-white ensemble for a 35-minute show complete with pole dancing and Chance the Rapper. She wasnt backed by an ecstatic marching band or dressed in five blinged-out custom Balmain looks, but she did turn the sartorial clocks back to pay homage to the iconic girl group, TLC.

TLC shaped the R&B landscape in the 90s with their unbeatable girl-power hits. But in addition to their musical output, the trio became style icons who were rarely seen dressed in anything but dramatically coordinated looks. And just hours before her Coachella debut, Cardi B posted a throwback picture of TLC wearing matching all-white sheer-paneled, midriff-baring outfits at the 1996 Grammys with the caption: "Mood! Boachella!!!"

A few hours later, Cardi B and her backup dancers appeared on the Indio stage donning mid-90s-era baggy pants, chunky shoes and floor-grazing, see-through trenches that looked as if they stepped straight out of TLCs 1996 performance. She even sported the twin ponytails that late TLC rapper Lisa Lopes, better known as Left Eye, wore.

Midway through her set, Cardi B ditched the floor-length coat to better highlight her growing belly and sporty mesh bustier underneath as she continued to perform songs from her brand-new album, "Invasion Of Privacy." Judging by her energy and choice of sexed-up maternity wear, wed have to say Cardi Bs first foray into the Cali-based desert festival world was a huge success.

How to wash dry-clean-only clothes at home 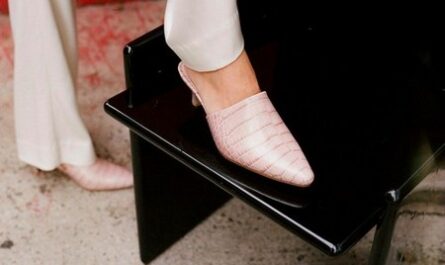 How to Style Mules for Spring Like a Pro 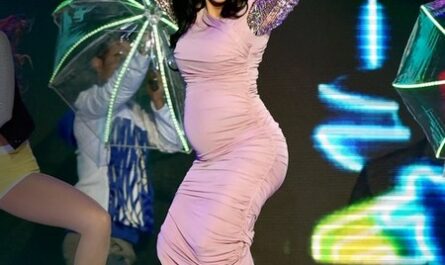