Cardi B essentially rose to stardom overnight, and she hasn’t slowed since. In June, the social media sensation released the record-breaking hit “Bodak Yellow,” which topped charts and swept award shows, and she recently released another chart-topper in collaboration with Migos and Nicki Minaj called “Motorsport.” The rapper’s next feat is a fashion collaboration with Steve Madden, and it’s sure to be a hit.

For the holiday season, Cardi B curated her favorite shoes and sunglasses from the brand’s current collection. As the site reads, these are “styles that are POPPIN and CARDI B approved.” She chose to work with the iconic shoe designer not only because she liked the style aspect of it, but because it’s accessible to her fans. From yellow-tinted sunglasses ($36) to the season’s hottest white platform boots ($230), think stylish alternatives to the high-end brands she sports on stage.

The project is something Cardi B has been thinking about for a while now. She knew she wanted to collaborate with a brand and at which price point and quality level it needed to be. “I loved Steve Madden since I was a little girl…I love how [his shoes are] affordable but [still such] great quality. Every girl can’t afford ‘bloody shoes,’ so I like that I can partner with a shoe company many girls can afford,” the regular-shmegular girl from the Bronx told Refinery29.

Some of Cardi B’s favorite shoes include the ‘60s-inspired white platform boots, baby pink pumps, and thigh-highs boots. “It’s like, OK, you can throw this on and it’s like Okurrr,” she told Teen Vogue. Other hot styles from her curated collection include a lace-up stiletto bootie ($130) and rhinestone-covered bootie ($150). As for the designer, Cardi B was a shoo-in for his holiday campaign: “First of all, the song is great,” Madden said in a statement. “Kids love the song. Everybody loves it.” And while Madden is clearly a fan of the song (seriously, though, who isn’t?), he’s also a huge fan of the woman behind it: “She’s really an American success story, which I identify with. She was a dancer, and has made herself a star, so you have to admire that. When I started out, I was very focused on being successful in the same way that Cardi is.”

The rapper sees many more shmoney-making moves in her future, including more collabs with Steve Madden. 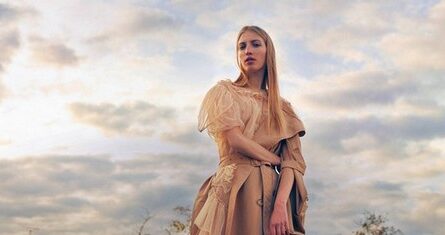 The Chainsmokers Reveal Their Most Cringeworthy Fashion Moments