Nearly 20% of publicly funded cancer clinical trials in the United States fail because investigators are unable to enrol enough participants. Yet patients and their physicians often grow frustrated when they encounter the sometimes insurmountable requirements to join a study.

Now, researchers are pruning the lengthy lists of eligibility criteria for trials, in the hope of nixing unnecessary rules that might be hindering research. On 16 April, representatives of the US Food and Drug Administration (FDA) will meet stakeholders in Washington DC to discuss how restrictive eligibility criteria for clinical trials could be limiting patients’ ability to access experimental treatments – and the quality of the data generated by the studies. The agency plans to use the information it gathers to develop guidelines for drug makers.

“You can have the greatest ideas and the greatest science,” says Stuart Lichtman, an oncologist at Memorial Sloan Kettering Cancer Center in New York City. “But if no one goes on the study, what good is it?”

Eligibility requirements are typically intended to protect either the participant or the study. Participants with some degree of liver failure, for example, might not be allowed to take part in a trial of a drug thought to pose a risk to that organ. Criteria might also exclude people with conditions that could confound the results of a study. 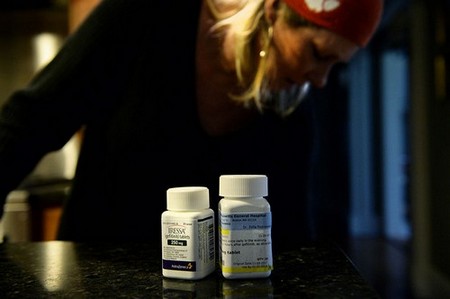 But some researchers say that a ‘cut-and-paste’ mentality has increased clinical-trial requirements over time, as scientists have used previous trial protocols as templates for their next studies. That may needlessly restrict participation in a trial.

David Gerber, a lung-cancer specialist at the University of Texas Southwestern Medical Center in Dallas, and his collaborators have found that 80% of clinical trials sponsored by the US National Cancer Institute excluded people with previous cancer diagnoses. Yet in many cases, he says, the previous cancer might have been caught early and removed successfully before the person developed lung cancer.

“What really frustrates me are instances when, in my mind and in my heart, it really seemed that the patients should be eligible,” says Gerber. “If I had the exact same treatment outside of a clinical trial, I would give it to them without a concern.”

A joint project by the FDA, the American Society of Clinical Oncology (ASCO) in Alexandria, Virginia, and the advocacy group Friends of Cancer Research in Washington DC has found that five common criteria for cancer-trial eligibility often could be amended without harming participants or the integrity of the trial. The team published its results last October.

People with HIV, for example, were once excluded from trials because of their poor prognosis. Now, with treatment, they often live as long as people without the virus and should be included in many cancer trials, the group concluded.

The team also recommended that in some cases, researchers should ease restrictions on people with organ dysfunction. That could be particularly important in light of the ageing populations in some countries, including the United States, says Lichtman. The restrictions were put in place when cancer treatments were more broadly toxic, he notes, and might not be necessary for the more targeted drugs available today.

One recommendation that could generate some controversy, he says, is a push to lower the age of eligibility for many adult cancer trials from 18 to 12. This reflects an understanding of basic drug metabolism, says Edward Kim, an oncologist at Atrium Health in Charlotte, North Carolina, who chaired the ASCO effort. “There is nothing magical about 18,” he says. “Your body pharmacologically metabolizes drugs the same way at age 12 as it does at age 18.”

But some adult-cancer physicians might feel uncomfortable treating younger people, and often that treatment takes place in specialized children’s hospitals, unlike adult clinical trials. Furthermore, most adolescent cancers are rare, and can differ from adult cancers – even when they start in the same organ. This means the change might have little impact on research overall, says paediatric oncologist Peter Adamson of the Children’s Hospital of Philadelphia in Pennsylvania. But it could still help individual adolescents who might otherwise have been excluded from trials, he adds: “It’s the right thing to do.”

Kim and others are now working to see their changes implemented, and have submitted their suggestions to an influential programme that coordinates clinical development of new therapies at the US National Cancer Institute. Kim says he has been contacted by researchers at large pharmaceutical companies who are eager to make the changes in their upcoming trials. And Gerber, who has been asked to give talks on his analyses around the world, says that countries with aging populations – such as Japan and Italy – would do well to reevaluate their own clinical trial criteria.

The result, Kim says, could be data that are more relevant to the people whom he and his colleagues treat every day. “These patients have these characteristics and they’re going to be treated eventually by their doctors,” he says. “This is the real world.”