Nicholas Maziot was attempting to make a getaway when he asked an unmarked police vehicle if he was his Lyft ride. (Photo: Rochelle Park Police Department)

A homeless man, who is accused of breaking into a Rochelle Park home in New Jersey on Thursday night, mistook an unmarked police car for his getaway vehicle – a Lyft car he had ordered.

Nicholas Maziot, 28, was hiding in the dark when he approached Maywood, N.J., police officer Brian Rubio’s vehicle. Police detective William Phayre told the New York Post, “He walked up to the side window and asked officer Rubio, ‘Are you my Lyft driver?’ And then at that point, the suspect realized officer Rubio was, in fact, a police officer and then tried to walk away.”

NorthJersey.com reports that a couple found Maziot inside their home on the second floor around 10 p.m. Maziot then jumped out of the second-story window to the roof and then down to the ground. 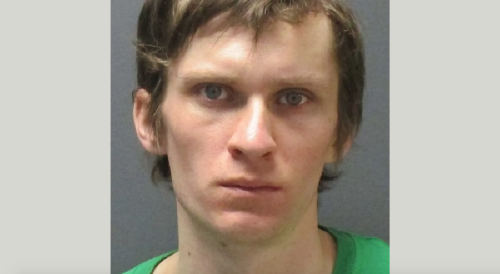 Officers from Rochelle Park, Maywood and Paramus, N.J.,  arrived in the area around the same time Maziot was calling a Lyft to pick him up. Maziot did ask if the officer was his Lyft driver, but he quickly realized the driver was a police officer and did not get inside the vehicle, according to Phayre. The burglary suspect was quickly apprehended and taken into custody where he later confessed to police that he had broken into the home, thinking the occupants were away.

Maziot was charged with burglary, attempted theft, possession of burglary tools, criminal mischief, trespassing and hindering apprehension. He is in custody at Bergen County Jail.

It is unknown what his Lyft rating is, however.

This ultimate mindfulness guide will help you sleep better, feel calmer and relax your mind

I’ve gone zero waste with my entire life, and if you care about the planet