Britney Spears is taking direct aim at her family for being complicit in the conservatorship she’s been under for 13 years.

In a new Instagram post from October 5, the pop icon calls out her family for essentially shrugging at her legal situation, which has stripped her of the ability to control her life and finances. Her father, Jamie, was the conservator of her estate up until recently, when a judge ruled to temporarily suspend him.

She also said she wanted to sue her family, and this new post gives insight into the contentious relationship she has with them. Spears posted an ethereal photo of two women in water with the caption, “This picture is everything to me !!! It makes me want to cry … she’s saving her divine feminine sister.” 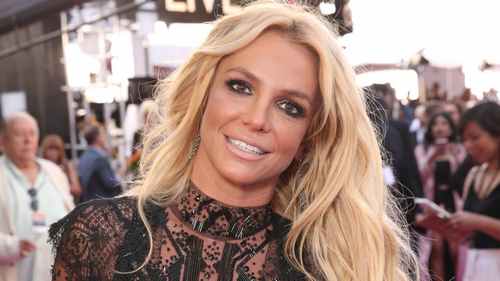 Spears then went in on her family. “I suggest if you have a friend that’s been in a house that feels really small for four months … no car … no phone … no door for privacy and they have to work around 10 hours a day 7 days a week and give tons of blood weekly with never a day off … I strongly suggest you go pick up your friend and get them the hell outta there,” she wrote. “If you’re like my family who says things like, ‘Sorry, you’re in a conservatorship’ … probably thinking you’re different so they can fuck with you.”

But Britney Spears is looking onward and upward. She thanked her new lawyer, Mathew Rosengart, for helping move her situation along. He managed to remove Jamie in just a few months, and it’s widely believed her conservatorship will end at the next court hearing on November 12.

“Thankfully I found an amazing attorney Mathew Rosengart who has helped change my life,” she wrote.