A prolonged break in sexual life can provoke the development of mastopathy. Mastopathy is the most common breast disease in women. Various forms of mastopathy (and about 50 of them) occur in 70-80% of women over 27 years old and up to 95% in women with concomitant gynecological pathology.

In the last 10 years, the age group of women diagnosed with “mastopathy” has significantly “rejuvenated”, and it is not uncommon for mastopathy to be diagnosed in girls aged 17-18. Mastopathy is a disease characteristic of a woman’s reproductive age.

In the very initial stage, when mastopathy is easy to cure, it flows asymptomatically; the main further manifestations of mastopathy are the appearance of seals in the mammary gland or its diffuse engorgement. Often, these changes are accompanied by pain, which can be permanent or appear before menstruation. Some types of mastopathy are characterized by discharge from the nipple.

Today, almost every woman has the initial signs of this disease, the complicated course of which increasingly ends with a puncture of the cysts or the removal of the affected sector of the breast. 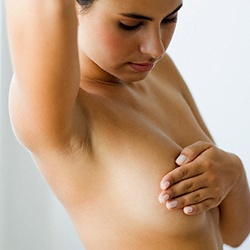 Strangely enough, but the high socio-economic level of a woman’s life increases the risk of developing mastopathy. Life in a metropolis with its stresses and unfavorable ecology, refusal of delivery and breastfeeding in favor of a career is a direct way to the mammological center.

Many women live with mastopathy for many years and do not attach importance to this disease. Especially in the case when the pain is not pronounced. But it should be noted that women with mastopathy are 3-5 times more likely to develop breast cancer!

According to statistics, more than 90% of cases of breast diseases are initially detected by women themselves and only less than 10% by doctors. Self-diagnosis should be done once a month, a week after the end of another menstruation.

Despite the absence of complaints, every woman aged 18-60 years must undergo ultrasound of the mammary glands (mammography) and visit a mammalian doctor once a year !

There are many causes of mastopathy. Sometimes, in some cases, even install them is impossible. This is due to the fact that the cause can be not only hormonal disorders, but also the woman’s way of life and the impact of the environment. 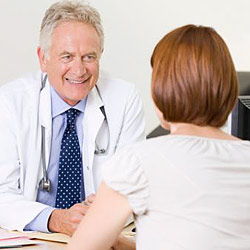 One of the first factors that can trigger the development of mastopathy, you can call abortions. As soon as pregnancy occurs, the body begins to prepare for childbirth, the entire hormonal background is completely reconstructed, the mammary glands begin to prepare for lactation. And suddenly all this is abruptly interrupted by abortion. The organism does not forgive such “jokes”.

Sometimes even a long break in sexual life can provoke the development of mastopathy. So, as a preventive measure, you can recommend personal life.

The hereditary factor is paramount, first of all the presence of benign and malignant diseases in the maternal relatives.
The greater risk of contracting a woman is exposed to stress, neurosis and depression. Long-term mental stress is one of the leading causative factors in the occurrence of mastopathy.

A lot of diseases of the body lead to mastopathy. This inflammation of the uterine appendages, liver disease, thyroid pathology, obesity, diabetes, etc. And, at last, serious traumas of a mammary gland threaten serious consequences. Even micro-traumas are dangerous, when accidentally they were hit in the chest with an elbow or a bag – you need to develop a habit of protecting your chest.

In addition, an important role is played by underwear. In no case can not wear a bra that pulls together, presses, rubs or is pricked. The skin of the breast is almost twice as thin as on the face, therefore it requires a trembling attitude.

The bra should be strictly consistent with the size – the underwear should in no case be small. A tight bra can disrupt blood circulation, which often provokes the development of diseases of the mammary glands. A stretching effect is provided by underwear made of elastic fabric, but it must be strictly in size, no less! 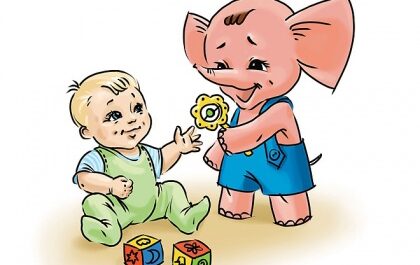