One of the dishes Northern Brazil is known for is their “Moqueca“, a delicious savory fish stew made with a local white fish, bell peppers, tomatoes, onions, and coconut milk.

Several years ago a Brazilian friend of mine introduced to me a salmon version of this stew she had improvised, given that the typical Brazilian fish used for moqueca isn’t found around here.

It was so good I begged Fernanda for the recipe, which she translated into English for me. (By the way, you can’t get local salmon in Brazil, so this is really not an authentic moqueca, but a Northern California interpretation.)

What is surprising about the recipe’s method is that you simmer the stew for a good 30 minutes at least. For those of us who love fish and seafood we know that fish and long cooking times do not go well together. The exception is this stew. It requires simmering the stew well past the point of of cooking the salmon, but it works!

The result is a rich, coconut creamy, deeply flavored stew.

The salmon is marinated first with lime juice, paprika, and cumin, and then simmered with onions, tomatoes, and bell peppers, in coconut milk. The stew is even better the next day, after the flavors have had more time to meld. Enjoy! 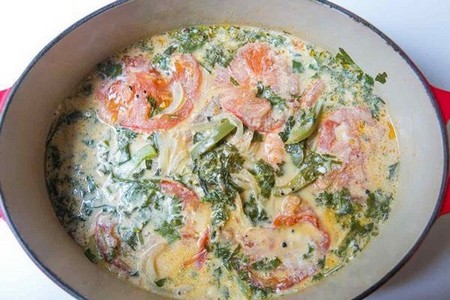 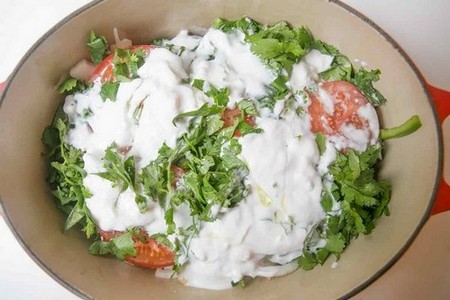 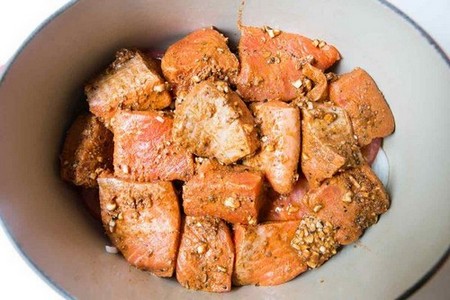 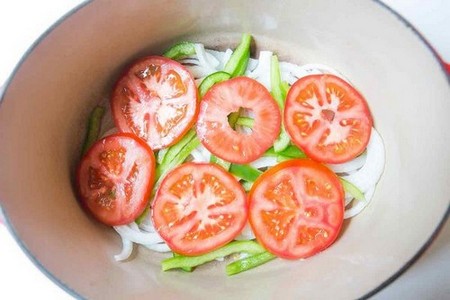 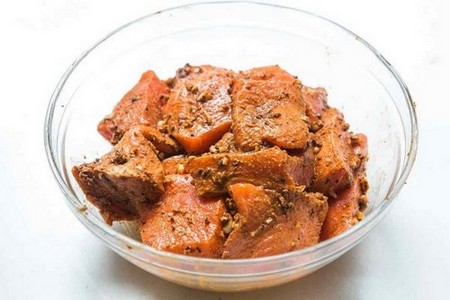 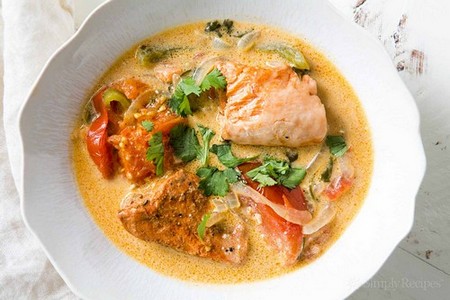 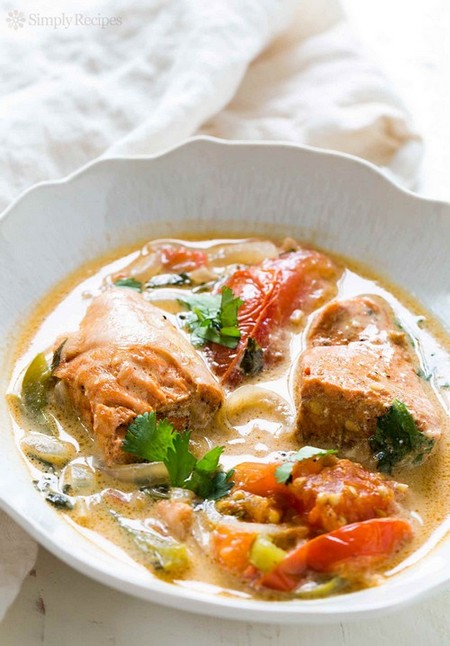 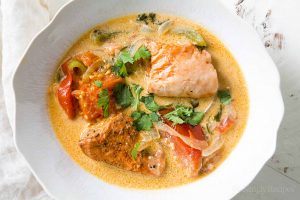 1 Marinate salmon: Mix together the marinade ingredients. Let the salmon marinate in this paste for at least 2 hours. The longer, the better.

Place the fish pieces, with the marinade, on top of everything, and start layering again – onions, bell peppers, and tomatoes.

3 Top with cilantro, coconut milk, olive oil: Sprinkle generously with salt and pepper. Add about half of your fresh cilantro to the top.

Pour coconut milk over the top. Drizzle generously with olive oil over the top (several tablespoons).

4 Simmer: Bring to a boil, reduce heat to low, cover and let simmer for 30 minutes to an hour, until the vegetables are cooked through. 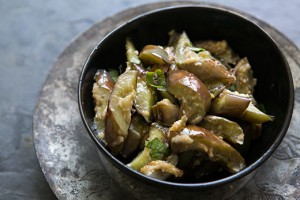