The new rules mean that no more than six people will be permitted to gather in England – with a few exceptions, which include going to school, work, or ‘exceptional life events’.

Despite pubs and restaurants, as well as beauty salons and cinemas open again, the six-person rule still applies to barbecues, hen parties, birthday parties, engagement dos and similar gatherings. That means if you had a raucous celebration planned, it’s likely you’re going to need a re-think.

Ok, so just as were easing out of lockdown, things have taken a fresh turn. From Monday 14 September, a whole new set of coronavirus restrictions are being introduced following a spike in infections. Prime Minister Boris Johnson said groups of more than six people would be banned from meeting, in what he called a “rule of six.” 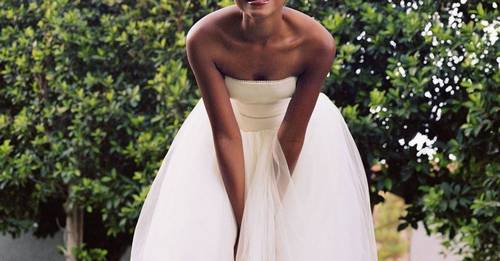 Don’t worry guys, we’ve come up with some ways to keep the fun going – non relying on the weather AND on the right side of the law.

While your 30-person hen party may be off the cards, you can still enjoy the moment – it just involves a little more logistical planning. Why not split the group into six (with six people in each).

One host per group throws a garden festival-themed event in their garden and you all simultaneously connect through Zoom with competitions and games. WAY more spirited than a digital-only hen with just the right amount of human contact.

Yes, that big birthday dinner can’t happen but everyone knows smaller affairs can be more memorable – you don’t have to remember too many names, after all. Keep it lively by following a Come Dine With Me format, either everyone brings a dish and you rate each other or the host cooks and over the course of the month, the rest of you have to take on the challenge too.

If the weather turns/ you don’t have a garden, it doesn’t mean you can’t be sociable – you can still have up to six people inside. This is where an indoor scavenger hunt comes in. Smoke Events have turned their fantastic group scavenger hunt into one you can play at home, with 12 challenges to develop the most creative social media posts you can with your wits and your smartphone which you share on social and they choose a weekly winner.

So you want a party at home with up to six mates BUT those neighbours of yours might moan about the noise? How about hiring a kit from My Silent Disco? The smallest kit comes with 12 headphones, transmitters, cables and includes delivery for £89. You just need to add the music devices (smartphones, tablets, laptops, DJ equipment) and the music. Sorted.

Host a barbecue inside

We might be in for a September heatwave but we’re not ones to rely on the weather (good to have a backup plan). Joyfully, BBQ In A Box does the work for you, delivering a selection of barbecue food to your front door ready for you to pop it in the oven and then eat it wherever you fancy. None of the hassle and more time with your pals.

A six-person bake-off challenge is just what you need to get through these turbulent times. This one is a merge between Bake-Off and Masterchef. You know that challenge in Masterchef where they have to whip up something with the first ingredients they grab? That’s the gist – and the best, most inventive bake wins.

Cliché? Maybe but since we’re all grown-ups this one doesn’t involve a sleepover (because we sleep better in our own beds.) A group of six is the perfect size for this bash where everyone arrives in their finest pyjamas, brings a homemade snack (a pre-mixed cocktail works just as well) and plays a makeshift game of Spin The Bottle. Maybe a cheesy Netflix original in the background too.

We aren’t talking some slick TikTok content here, we’re talking making a proper old-school film, one that could be a one-minute trailer to a thriller or an all-singing, all-dancing girlband or boyband tribute, with fancy dress, terrible acting and bad editing all included.

If you’ve not yet done a murder mystery with your friends, this is a great way to keep entertained and a six-person team is a good size. You can order the full kit online, get everyone to pick a character ahead of time and then on the day, everyone will be handed a card, with the murderer randomly chosen. By the end of the night, you will have NO IDEA who to trust.

Stuck in Spainer: summer 2020 holiday are

Has Keeping Up With The Kardashians been a positive or negative influence on society?