But can you ever bully someone unintentionally? The very definition of bullying is to “habitually seek to harm or intimidate” someone more vulnerable. So, that makes the accusations against Priti look decidedly ‘intentional’.

Boris Johnson has backed Home Secretary Priti Patel in the investigation into her workplace conduct, saying that any bullying was ‘unintentional’.

It was found that Priti had not treated civil servants with “consideration and respect” as required by the ministerial code, which relates to “harassing, bullying or other inappropriate or discriminating behaviour”.

A spokesman denied that the Home Secretary had received any formal complaints and now the Prime Minister is saying that she didn’t mean it anyway. 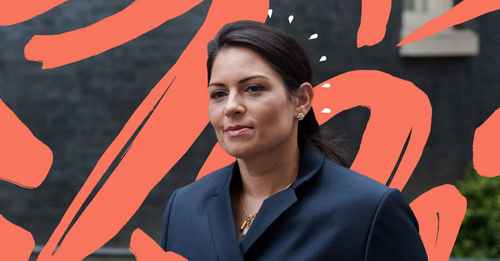 We asked a psychologist whether unintentional bullying is actually a thing and whether it can ever justify bad behaviour, especially in the workplace.

“Unintentional bullying can happen when the person is not aware that what they are doing is bullying,” says Psychotherapist Katriona O Connor from We Listen Therapy “This may involve tone, manner, shouting, swearing and undermining in front of others.

“Playing people off against each other is common workplace tactic, which isolates the individual or groups of people and therefore excludes them; exclusion is bullying as it makes people left out.

“What may seem harmless to the bully, could have a huge impact on the individual that is being bullied. In terms of the workplace, it could be that women have to leave late or early due to childcare and colleagues/managers make them feel bad, when it has already been agreed previously.”

She says: “Bullies are usually aware of their inadequacy and intend to manipulate the other self-confident and healthy individual whom they consider as a rival or to mask their own inadequacy.

“Unfortunately, the consequences of being bullied are not minor, especially if that has become chronic and we have difficulty setting boundaries.”

In the workplace, Sirin admits that there certain leadership behaviours that a manager might not recognise as potentially damaging.

“Some bullies are very manipulative, they do harm deliberately in order to exert power and control over the other person but some of them don’t even realise how much they are hurting others.”

How to spot unintentional bullying in the workplace

– Harsh criticism and threatening behaviour.
– Offending and humiliating the other alone, or worse, in front of the others.
– Constant aggressive or passive-aggressive behaviours and attitudes.
– Constant over-controlling behaviours.
– Calling or giving assignments out of office hours and getting angry if it is not done.
– Frequently crossing the other’s personal boundaries.
– Gossiping or sharing personal information and secrets.
– Hindering the other’s professional advancements by setting unrealistic expectations or unfair professional choices.
– Withholding important information that the other needs to do the job.
– Sharing private photos or texts on social media without the person’s consent.
– Using sarcasm or humour to mask their emotional abuse.